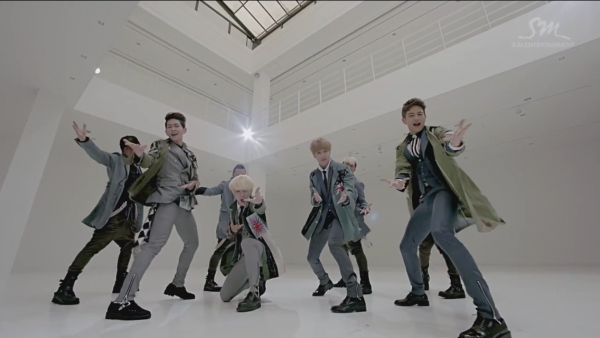 SHINee‘s music video teaser for “Why So Serious?” was released on April 22nd!

The anticipated song off their upcoming album is described as a upbeat funk/pop song with a heavy electronic sound. The short thirty-second teaser highlights on SHINee‘s choreography for the song that features even harder dance moves than seen in “Dream Girl” and even “Sherlock“. The video offers snippits of the intense routine that includes some moves similar to Michael Jackson’s.

Unfortunately, the music video was filmed without Jonghyun due to his nose fracture he had sustained in a car accident on April 1st. SHINee is set to promote the “Why So Serious?” without the lead singer until he fully recovers from his injuries.

“Why So Serious?” is the title track for SHINee‘s latest album, Why So Serious? – The Misconceptions of Me. According Jonghyun in a previous interview, the sequel album “has a darker and dreamier feel to it compared to the previous album.” The overall album will showcase the boys world views and will have a “deep and rough sound”.

Why So Serious? – The Misconceptions of Me is set to be released on April 29th.