Only a few days shy of his 21st birthday, SHINee‘s maknae Taemin made a surprise trip to Los Angeles!

Photos and clips of the singer arriving at the Los Angeles Internatioanl Airport were uploaded onto Twitter and Instagram just a few hours ago by WithTaemin, a Chinese Taemin fansite.

Although no official news regarding Taemin’s unexpected trip have been released by SM Entertainment at this time, a local dance agency called MSA Agency announced on their Twitter and Instagram accounts that famed choreographer Ian Eastwood will be working with the K-pop artist. 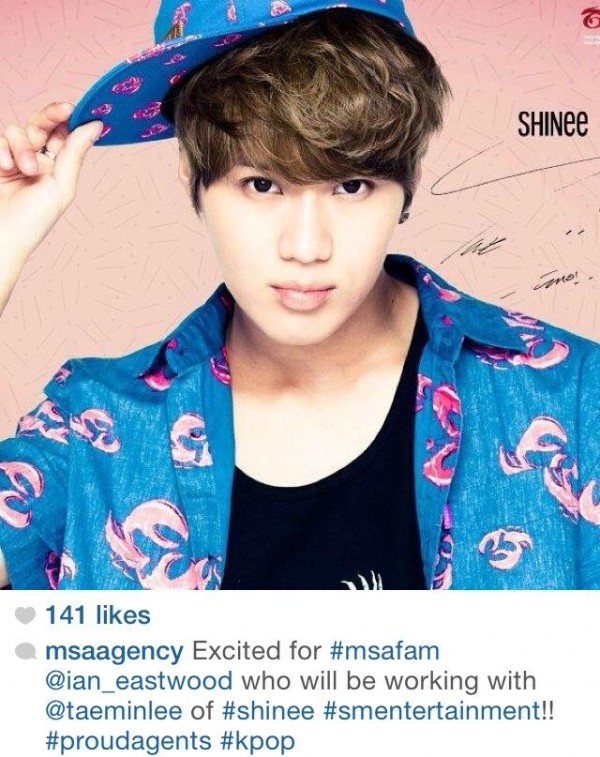 Rumors are already circulating around social networking sites that Taemin traveled to Los Angeles in preparations for his solo debut.