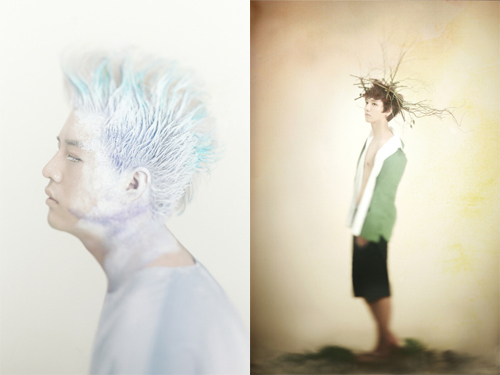 Super Juniors fans are once again in a huge amount of shock as SM Entertainment has released two teasers today. Many fans are saying “Why are they releasing two at a time?” and “They must have something big in store if they keep releasing two”.

For those who aren’t up to date, SM has given the news that Super Junior will make their comeback July 1st. The famous entertainment company has previously released Eunhyuk’s, Donghae’s, Leeteuk’s and Ryeowook’s photos.

Shindong’s teaser gives a cool Arctic feel to it and Yesung’s gives an Earthy-type feel; quite the opposing match. The vines seem to be quite popular in these recent images released to the public with could symbolize the growth Super Junior has experienced over the years.