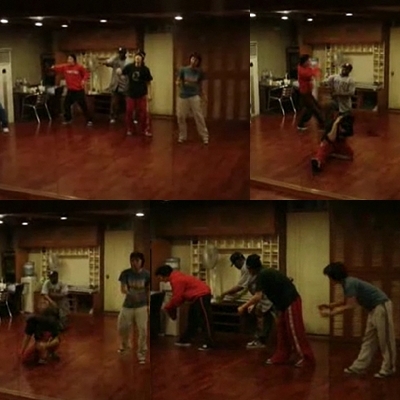 An old video of some of YG Entertainment’s biggest male stars is creating a stir among netizens after its surfacing.
On March 22 via an online community, a video titled, “Se7en, Kwon Ji Young (G-Dragon’s real name), Dong Young Bae’s (Tae Yang’s real name) Past Dance Practice Video” was posted.
The low quality video shows the three in a rehearsal as the three practice a choreographed dance to a slow R&B song.
Though the video was from the past, netizens were still impressed with the trio saying, “G-Dragon is so thin he looks like he could break”, “Se7en truly was skilled at dancing… even back then” and “Is the red Taeyang and green GD”?