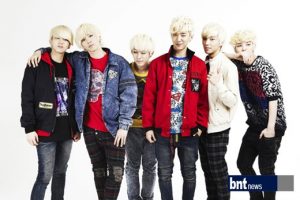 B.A.P are rising to popularity after performing their debut showcase on January 28 at the Jangchung Gymnasium after having their debut single “Warrior” released. 3,000 excited fans cheered for B.A.P as they were joined on stage by fellow establish label mates, Secret.

B.A.P’s officials said that their showcase will be aired as part of their reality show, “Ta-Dah! It’s B.A.P!”, on Sunday February 12th at 4PM KST. The reality show will show fans of B.A.P the showcase performance as well as scenes from backstage.

As part of their promotional showcase performances, B.A.P are performing on various weekly shows and mixing up the performances with different endings.