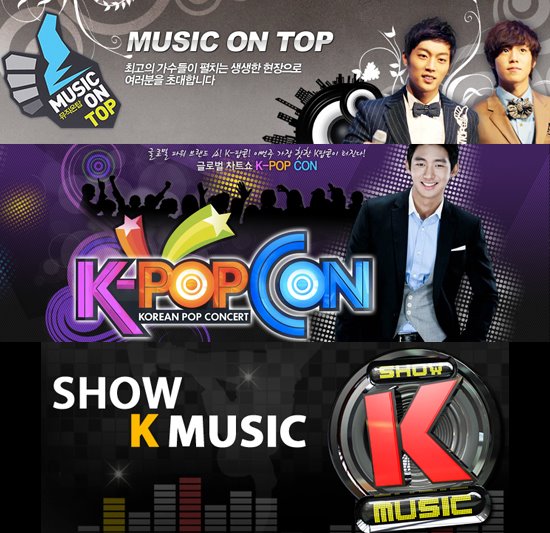 On March 27, Nate reported that weekly music show Music on Top has gone on indefinite hiatus. jTBC is the third new cable channel to put their music programming on the back burner after Channel A and MBN. Music on Top, K-Pop Con, and Show! K Music had short life spans but were key examples of issues that exist at the intersection of television and music.

And when it comes to that intersection, public channels SBS, KBS, MBC and cable channel Mnet are the big kids on the block. During promotions, popular artists are ideally booked for four music programs a week – Inkigayo, Music Bank, Music Core, and M!Countdown. The addition of three new programs was not only a strain on artist schedules, it was also a stretch in terms of viewership. 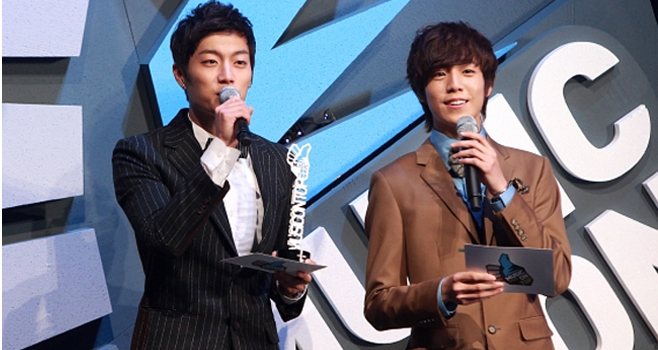 The increase in music shows allowed more air time for rookie performers but without the draw of the top stars who are already booked for more established programs, ratings were consistently low. Not to mention that these new cable channels had generally lower ratings to begin with, due to the fact that they aren’t free channels and because of their right-wing tilts (All four cable channels, jTBC, MBN, Channel A, and TV Chosun, are owned by conservative, pro-government newspapers).

March 14 marked the last episode of Music on Top – at least for now. A jTBC representative did make it clear that changes were in the works for a possible comeback, but not before the second half of 2012. Music on Top began airing on Thursday, December 12, 2011 in the same time slot as M!Countdown.

For more on the subject, this MTV K opinion editorial points out in detail what the current music show format is no longer achieving — proper representation of talented artists, rather than just popular artists from influential agencies.

Siwon on his way to Paris!