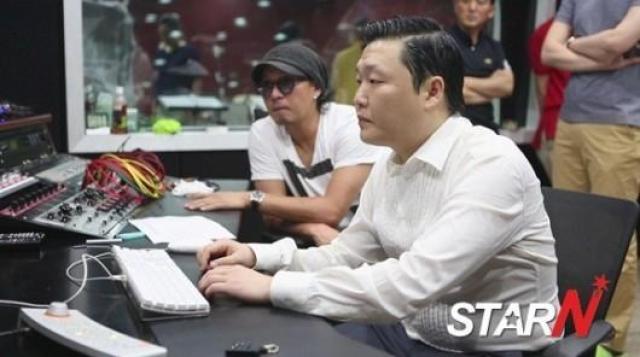 After hitting over 200 million views on the video sharing website, he went on to feature on USA’s popular television shows like
‘The Today Show’ had a cameo on ‘Ellen’ where he met and taught American X Factor judges Simon Cowell and Britney Spears the infamous ‘horse dance.’

The UK has never been a popular place for KPop acts. A select few decide to tour here and their songs have NEVER made it on
our radio’s or television music channels.

Psy’s the exception here as he practically forced his horse dance, hilarious video and catchy tune upon us Brits as he became
an overnight sensation.

Starting at 34 on our UK Official Charts, he made a massive increase when he reached #3 in just a day!

Soon enough, everyone either secretly knew about it or were doing the dance in public when it was battling the Script’s Hall of Fame single for the #1 spot.

Psy did it and became the first ever Korean pop star to ever make number one in the UK charts.

This isn’t the end of the horse dance or Gangnam Style.

The new disco party dance for sure!

GD gets his CRAYON on Inkigayo