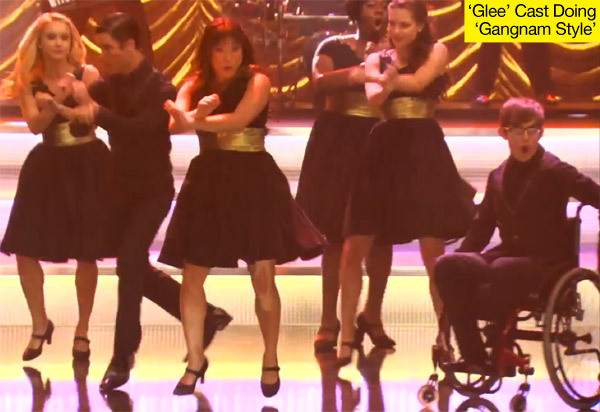 Hit American show, Glee, has been famous for its song coverage for popular songs and now the show inevitable does the cover of Psy‘s “Gangnam Style” song for the thanksgiving episode.

Despite the language barrier, especially the word “Gangnam” which most casts on the show seem to have difficulty pronouncing, all the casts seem to be extremely upbeat and excited about the cover! As rightly pointed out by the boys, Jenna Ushkowitz, who plays Tina in the show had the most challenging task, having to learn the whole song. Even though she was born in Seoul, she was raised in New York after being adopted at three months of age. Therefore, she took a week to learn the song but she seem to think it was worth the challenge! She wasn’t the only cast who find the recording challenging, cast like Becca Tobin, who plays Kitty, said that it took her about two hours just to record four lines!

Check out the sneakpeak below and let us know what you think!
[ad#GA-468-img-May]
[ad#GA-468-tx-May] Source: Glee youtube channel

Big Star releases 'I Got Ya' MV