Our favourite kpop celebs have been out and about for Halloween. miss A’s Min, 2AM’s Jo Kwon, and Brian Joo from Fly to the Sky kept their fans up to date with pictures and posts from their Twitter.

All eyes were on Min for her wonderfully realistic costume for Halloween. On singer Zhang Li Yin’s microblog: “I met miss A! The costumes were awesome” along with a picture with Min and ex-U-KISS member, Alexander.

Min dressed up as a virgin ghost in the picture, a ghost that is fabled in Korean urban legend. She sprayed her face with the usual halloween blood effects.

Netizens who had had viewed the picture responded: “It is cool that she was noticed,” “This is very real,” and “This is what you call a Halloween costume.” 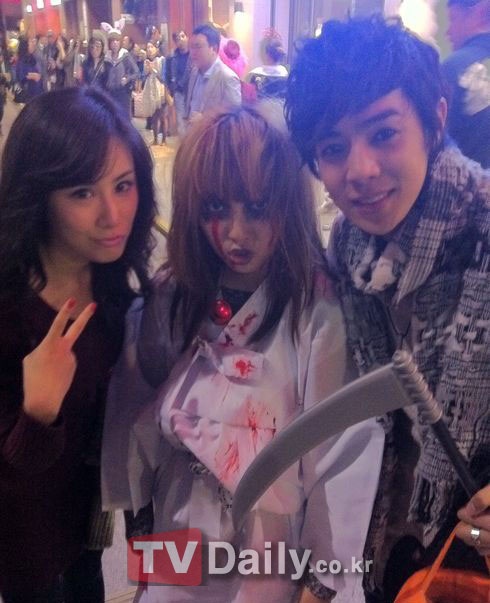 Back on Twitter, Jo Kwon uploaded a couple of pictures with the title “Halloween.” A tiger striped looking Jo Kwon smiled widely at the camera in the revealed pictures. Eyes were more drawn to the girl next to Jo Kwon.. 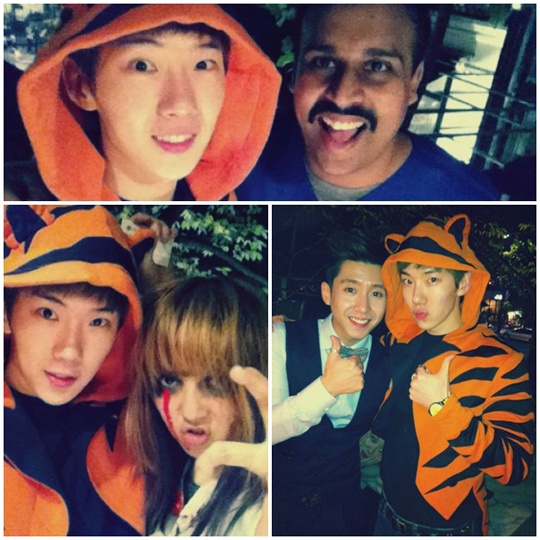 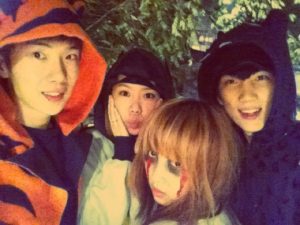 Brian Joo also posted on his Twitter with a picture and captioned: “Me, Min, Jo Kwon in our Halloween costumes~ I’m supposed to be a waiter ;)”

Some of Joo’s followers commented on his Twitter, “LOL! I wish I could have fun like you guys too~ D:,” “Ah~ a waiter costume?!,” and “Wow everyone looks so pretty and handsome~!!!! What are you supposed to be oppa?? Keke (lol).”

Following the last comment, Min commented on Brian Joo’s picture: “hahahhaha u shouda done something crazy! Like me (:” 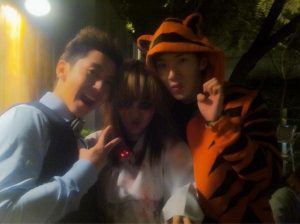