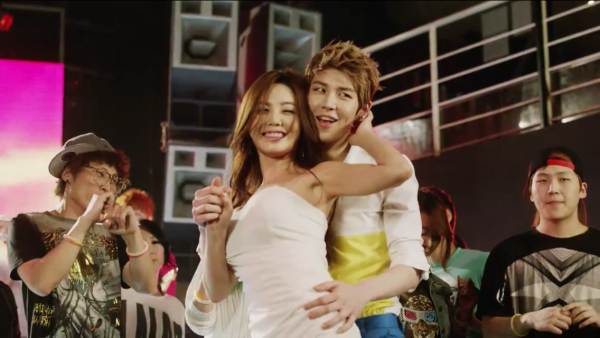 LEDApple is bringing the heat with their comeback!

Rockband LEDApple made their return to the K-Pop scene with the release of their music video for “Bad Boys“.

The video features the band dressed in bright summer colors and slicked back hair as they rock out in a nightclub. The video also features actress Kang Ye Bin as the woman that catches LedApple‘s vocalist, Hanbyul‘s, attention.