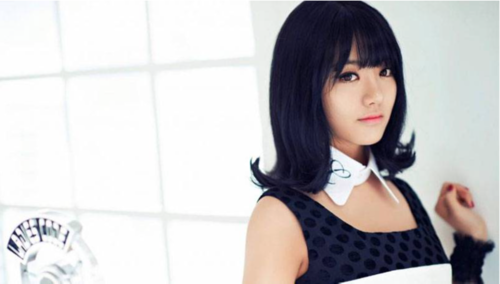 YTN News has revealed that Ladies Code member EunB has died in a car crash tonight.

EunB was a passenger in the girls’ van when it ran into a protective wall at around 1:20AM. The incident is reported to have taken place at the Singal Intersection on the Yeongdong Expressway in the direction of Incheon.

Ladies Code members  RiSe and SoJung were in the van and sustained critical injuries.  Both are currently undergoing surgery at the Catholic University of Korea St. Vincent’s Hospital.

The other members Ashley and Zuny along with their stylist and manager were in the van as well but received only minor injuries.

Ladies Code’s agency, Polaris Entertainment, released a brief statement, “We have heard of the accident and are working to confirm details of the accident and the status of the members as soon as possible.”  Shortly afterwards, they confirmed EunBi’s passing.

Polaris Entertainment revealed that SoJung is in stable condition while RiSe is still being hospitalized with critical injuries.  The girls had just finished up their schedules in Daegu when the van’s back wheel suddenly came off, causing the vehicle to spin and crash into the guardrail, ultimately killing EunB.

The girls are scheduled to be transported to a hospital in Seoul for further treatment.  The location of EunB’s funeral is yet to be decided.