This week at the Kpop academy focused on Korean traditional music, we were given a presentation on this by Professor Keith Howard from SOAS University, we were then splendidly surprised with a Gayageum performance by Jung Ji-Eun. She performed a total of 5 songs, one of them being a famous traditional folk song of Korea called Arirang, in this piece Ji Eun arrange the music into a modern a more modern style using elements of eastern and western music. Later we were given a practical lesson in Samulnori by Nami Morris, ‘samul’ meaning four objects ‘nori’ meaning play  we did this using four different instruments called 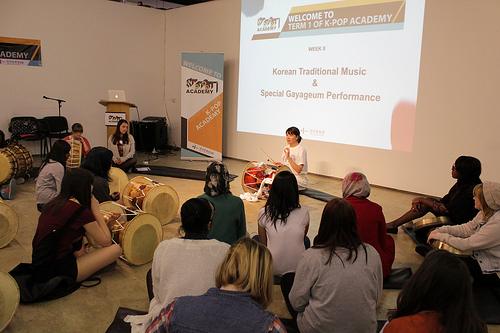 -Kwaenggwari (a small gong)
-Jing (a larger gong)
-Janggu (an hourglass-shaped drum)
– Buk (a barrel drum similar to the bass drum)
We were then given our assignment in which we had the option to choose from 3 questions, in which I choose to research the background of famous song Arirang and how it became so well known, I choose this as I really enjoyed it after hearing Ji-Eun’s performance in class. 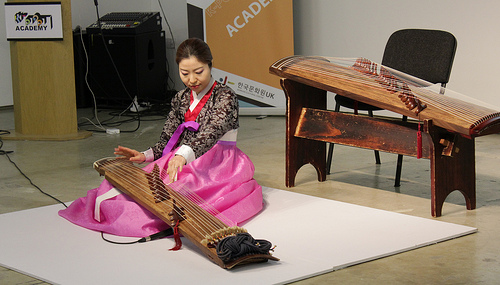 Arirang has been sung for over 600 years, the song varies all over the country and is known as the Koreas unofficial national anthem. Jeongseon 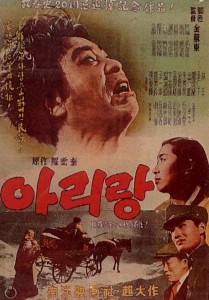 Arirang is its original form but not the most popular. The most famous and best maintained forms are Jindo Arirang from the island of Jindo in Jeollanam-do, Miryang Arirang from Miryang in Gyeongsangnam-do, and Bonjo Arirang, also called Gyeonggi Arirang or Shin Arirang (New Arirang), from Seoul, all of which vary in lyrics, melodies and refrains.Although it has been around for decades Arirang only became popular after the silent black and white film Arirang in 1926, it was said to have caused a national sensation and is known to be extremely influential in Korean history. Audiences were said to have sung along with the song Airirang at  the movies conclusion and this film since then has been re-made three times. The term Arirang is hard to define, it is said to have no direct modern meaning though can be argued to have meant ‘beautiful dear’ or ‘my beloved darling’

SHINHWA FOR COSMOPOLITAN MAY 2012