North America’s largest “All Things Hallyu” convention, KCON, may have leaked one of its biggest announcements yet! 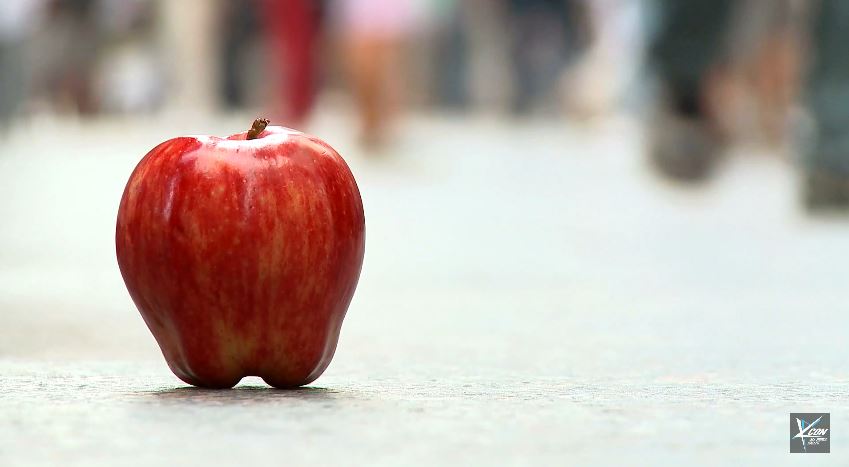 Last week, KCON released the first of many teasers for KCON 2015.  The teaser concluded with “to be continued…” along with a quick close up shot of a red apple on the pavement.  Based on that short clip, U.S. fans began to speculate that New York (nicknamed “The Big Apple”) will be the next U.S. city to host the convention.

On the eve of KCON’s first live chat of the year, fans’ speculations were confirmed. 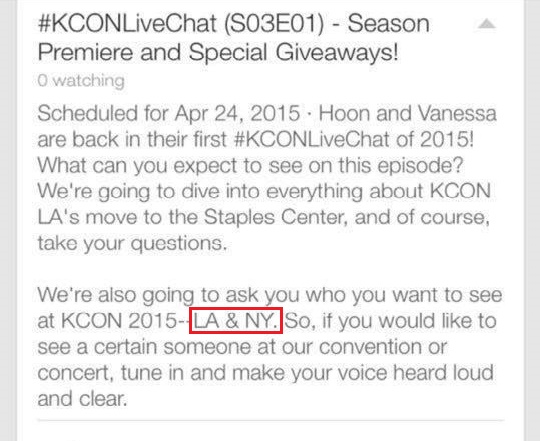 “We’re also going to ask you who you want to see at KCON 2015–LA & NY. So, if you would like to see a certain someone at our convention or concert, tune in and make your voice heard loud and clear.”

Promptly after the slip-up made its way around social media, KCON updated the video description:

Based on these evidences, the rumors of a KCON in the East Coast may be true after all.  Make sure to tune in to the live chat on August 24 at 5:30PM (PST) / 8:30PM (EST) on KCONUSA’s Youtube channel for confirmation and details on this year’s event!