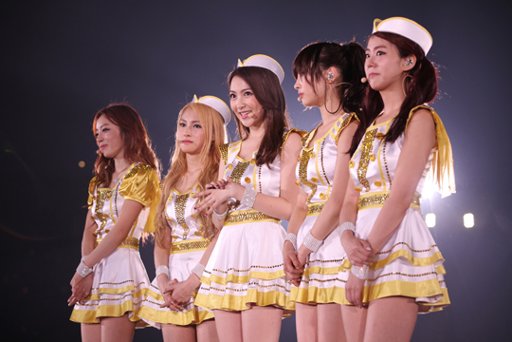 After the news of Nicole deciding not to renew her contract with KARA through DSP Media next year, Jiyoung may also be following suit and not renew with the group next year.

Korean media is saying that Jiyoung has not yet confirmed if she is staying on not, with DSP Media saying,

It’s true that she is thinking about resting. She looked into studying abroad. However, at this moment, as a time she is working hard as part of KARA, nothing has been confirmed yet… It’s not that she’s saying that she’s going to quit her life in the entertainment field. There’s still a lot of time left, so we’ll be having to discuss this more.

Jiyoung is believed to want to focus on her education, although her contract does not expire until April giving her some time to think about what she wants to do.

As it stands KARA’s confirmed members for 2014 are Gyuri, Seungyeon and Hara. DSP Media has promised that the group will carry on despite Nicole confirmed to be leaving and Jiyoung thinking about leaving.

Nicole does not renew contract with DSP Media

KARA's Nicole Will Not Be Renewing Her Contract for 2014