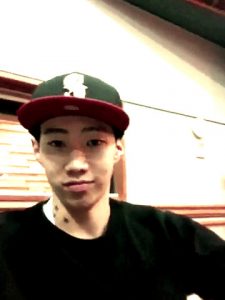 Just a few hours ago, Jay Park released a teaser video of him at the studio on his twitter.

He tweeted his excitement of the new material he is going to bring out to his fans by saying: “Im boutta gO nuts in the studio today!!! Ooo weee, Feels good to be back in the studio man finishing this album, o0o0 wee goin hard today haha”

Jay seems pretty confident and happy to be back in the studio to record new songs as he shortly tweeted after posting the video: “all of the tracks on my album will be fire~ TRUST”

You can hear a mixture of Jay’s Korean and English in the teaser so check out the video and comment what you think of the track: (for more realtime updates from Jay Park, go to www.twitter.com/jaybumaom)