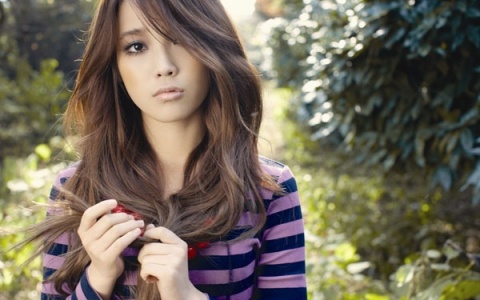 It’s a big time for IU as her popularity begins to explode. This Lunar New Year, IU will be busy preparing for her first concert in Japan.

After IU earned good feedback from various music programs and awards last year, she has decided to do promotional activity in both Korea and Japan.

The prelude to her official Japan debut will be on January 24 with a special concert in Tokyo.

IU representatives said to Starnews, “IU is to prepare for her first show-case in Japan during Lunar New Year holidays. We’re pouring much efforts to it as it would be the first performance in which EMI Music Japan, other mass media representatives, as well as her Japanese fans gather.”

IU received postive feedback in Japan when rumours of her debut began. IU can be popular in Japan because of the great mix between the “idol” qualities and the high vocal quality in her music.

During the holidays IU is expected to wrap up her first showcase in Japan, then in February through to March IU is scheduled to officially begin the release of her Japanese album.

EMI Music Japan, who are already responsible for a number of Japanese female soloists such as Matsutoya Yumi, Utada Hikaru, and Shena Ringo, will accompany IU on her debut in Japan.