On December 20, SNSD’s “The Boys” ranked 122 on America’s iTunes chart. The single was released through Interscope Records.

This is the first time for SNSD to enter the American market with an English song even though the group has not promoted it’s song in the US.

SNSD are planning to perform follow up tracks in Korea with “Mr. Taxi”. Performances will be mainly in Korea and in Japan for NHK Red and White Song Battle on December 31. 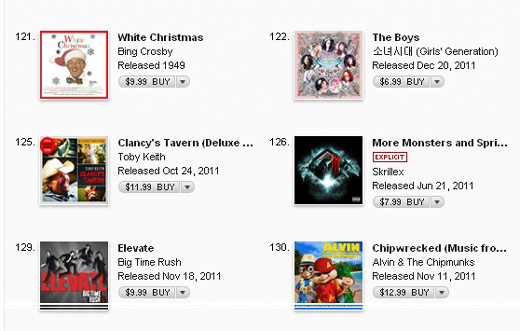