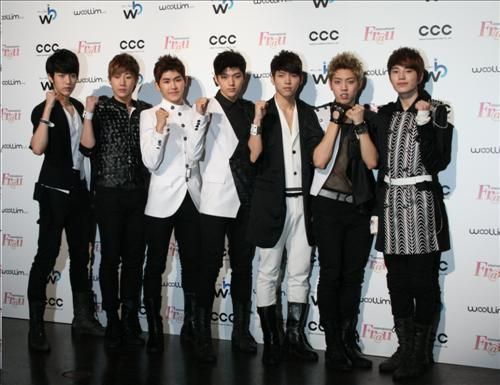 Kpop’s boy band Infinite are due to release their debut album in Japan on November 19, but are already causing quite a hype.

The group pre-released the Japanese version of their song “BTD (Before the Dawn)” on Japanese music site Music.jp, the single shot straight up the charts to first position on the Hallyu Full Version Daily chart.

Japanese label CCC, signed Infinite in April and held big advertising campaigns around it to promote the band in Japan.

Their singles, including “She’s Back”, “BTD”, “Nothing’s Over”, and the Japanese version of “BTD” went to first position on the day of their release.

In Tokyo, billboards feature Infinite have gone up on 30 different avenues. Electronic displays aired music videos and other interview videos. Pre-sales recorded 70,000 of their debut album were sold out.

Infinite rose to fame in Asia after only a year after debut, people responded: “I’m proud of them.” “They are the general trend in Asia.” “Infinite is taking the world by storm.” “Infinite is the best.”

Infinite will release their first Japanese single “Before the Dawn (BTD)” on November 19.