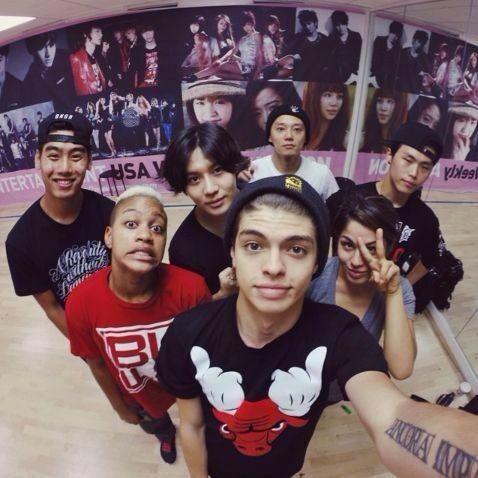 Only a few days since arriving in Los Angeles, SHINee‘s Taemin made an appearance in famed choreographer Ian Eastwood‘s recent Instagram photo!

Eastwood uploaded a photo of the K-Pop artist and his fellow dancers rehearsing in SM Entertainment‘s Los Angeles dance studio and shared his excitement with working with the Korean idol,

Rehearsal w. the fam & Korean friends for my first time ever choreographing for a K-Pop artist and I’m very lucky that is for mr. Taemin of Shinee!

Taemin’s sudden trip to Los Angeles only few days prior to his birthday left many fans curious of his agenda. Rumors regarding the Taemin’s solo debut began to circulate in the K-Pop community when MSA Agency announced that the artist’s will be working with Eastwood.