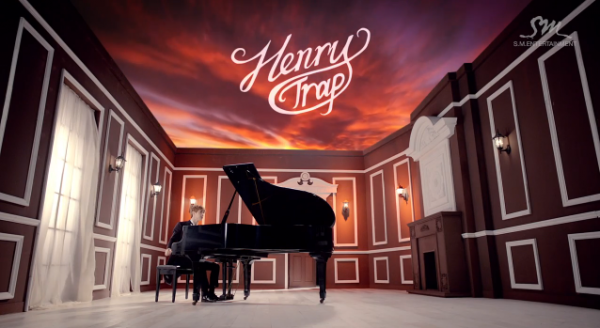 During his interview with JJANG , Henry revealed that he composed the opening piano number in his debut solo track, “Trap”. In response, JJANG’s Jake asked Henry play the song for the viewers. Not only did he play the song, but also sung it in English!

Henry revealed to JJANG that “Trap” was actually originally written in English and then translated into Korean. Henry jokingly stated that he had “an English one, a Chinese one, Korean one, and a Thai one.” Following that comment Henry reiterated that “[the English version] will be coming out, soon.”

Whether it is true or not, fans are anticipating his appearance at this year’s KCON in Los Angeles, CA, USA. Henry will be attending KCON as a panelist to promote his upcoming movie, Final Recipe. Who knows, maybe he will treat the U.S. fans with his first live performance of “Trap” in English.

Want to know what “Trap” sounds like in English? Check it out in the video below (begins at 9:44).