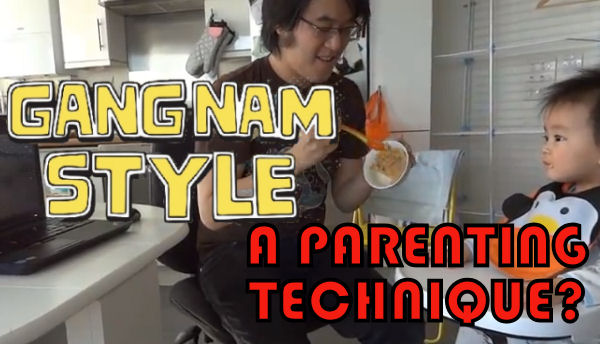 So far, the majority of the world has come to know Gangnam Style for it’s catchy tune and unique dance, triggering thousands across the world to parody the video time and time again. But would anyone have ever thought that Gangnam Style could be useful for parents? A video was recently uploaded to YouTube of a 10 month old infant named Benjamin, who was a ‘very fussy eater until he discovered Gangnam Style’. Watch the clip below:

The clip first shows how Benjamin refuses to eat the food being fed to him, but suddenly has as change of heart and takes each spoonful without a fuss as the ‘Gangnam Style’ music video is played on the opposite laptop. The difference in behaviour is shown again as the music video gets completely taken off screen, where Benjamin shows refusal to eating his food once again, before ‘Gangnam Style’ makes a return to screen, completely grabbing Benjamin’s attention once more, and Benjamin continues eating without a problem.

What do you think of ‘Gangnam Style”s latest use?