EXO’s promotional showcase video has been playing through the large electronic displays located in Gangnam station intersection since March 26th. This has already attracted a lot of fans! 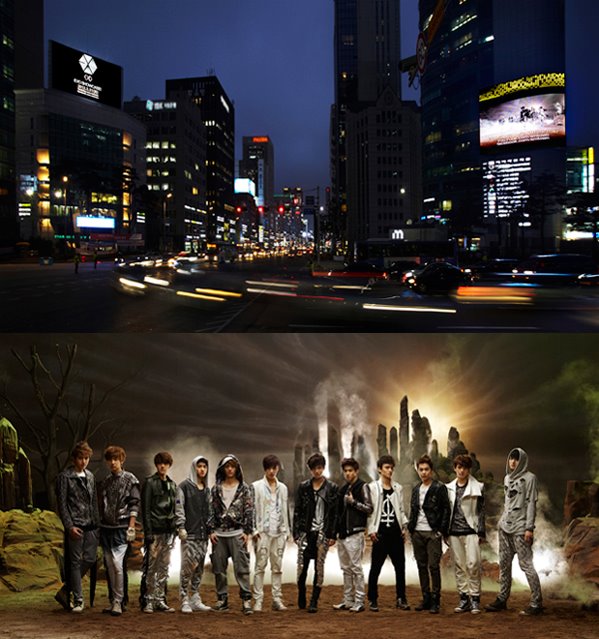 [ad#GA-468-tx-Minaz] Also, the promotional video of the showcase will be playing through many electronic displays in the Capital Airport in Beijing, China.

Fans who wanted to attend EXO’s showcase were invited to apply on the 28th (today) through EXO’s official website and the number of applicants has already exceeded 7000!  All the pictures and videos from the showcase will be uploaded onto EXO’s Youtube and Facebook, which means that all of the global fans will finally be able to enjoy their debut.

Meanwhile, EXO-K and EXO-M will make a debut on the same day and time with the same song in Korea and China. EXO-K is comprised of SU HO, KAI, CHAN YEOL, SE HUN, BAEK HYUN and D.O. and EXO-M is made of KRIS, LU HAN, TAO, LAY, XIU MIN and CHEN.

2NE1's new album 'COLLECTION' will be released in 4 versions