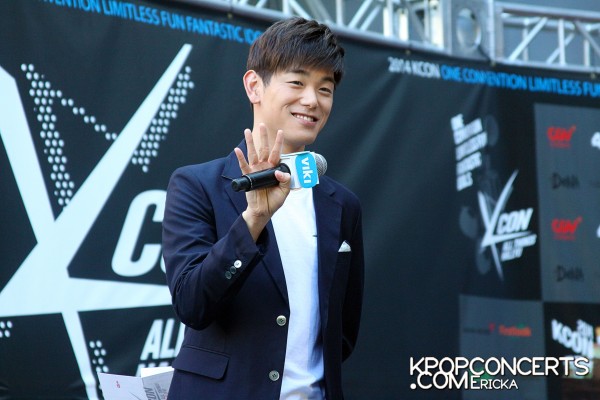 Just hours until show time, Korea’s hottest actors and singers came out to meet the fans on the KCON red carpet event. Singer Eric Nam turned on the charm as he served as the English translator for the artists. 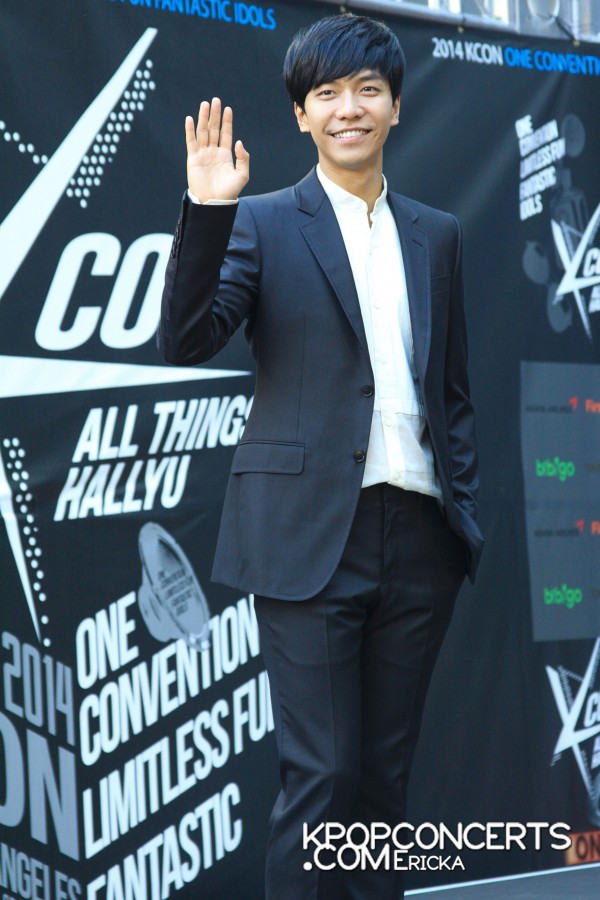 First up on the red carpet was actor-singer Lee Seungi.  He shared that he is currently working on an upcoming romantic comedy drama where he will be playing the role of an elementary school teacher, quite a contrast from his chic role as detective Eun Daegu/Kim Jiyoung in his most recent drama, You’re All Surrounded.  He also announced that he is working on his next album that he hopes will be released sometime next year. 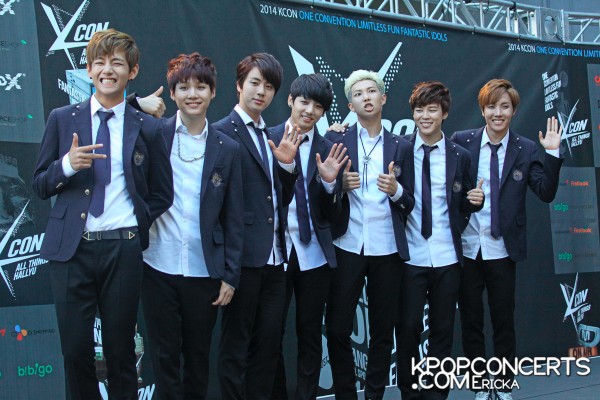 Next up was the bulletproof boys BTS!  They were upbeat and lively as ever as they took to the stage.  The guys went down the line and showcased their English skills with “Dope!” “What’s poppin’?” “Turn Up!” and “L.A.’s so beautiful!” and so forth, creating a plethora of fangirl screams.  BTS’ leader Rap Monster then took time to rile up the fans with their upcoming first full-length album Dark & Wild, “We’ve been working so hard so it’ll be amazing. So please look forward to it!” The music video for the album’s title track, “Danger” was filmed while the group spent a couple weeks in L.A. where they immersed themselves in the hip-hop culture for their newest reality show, American Hustle Life. 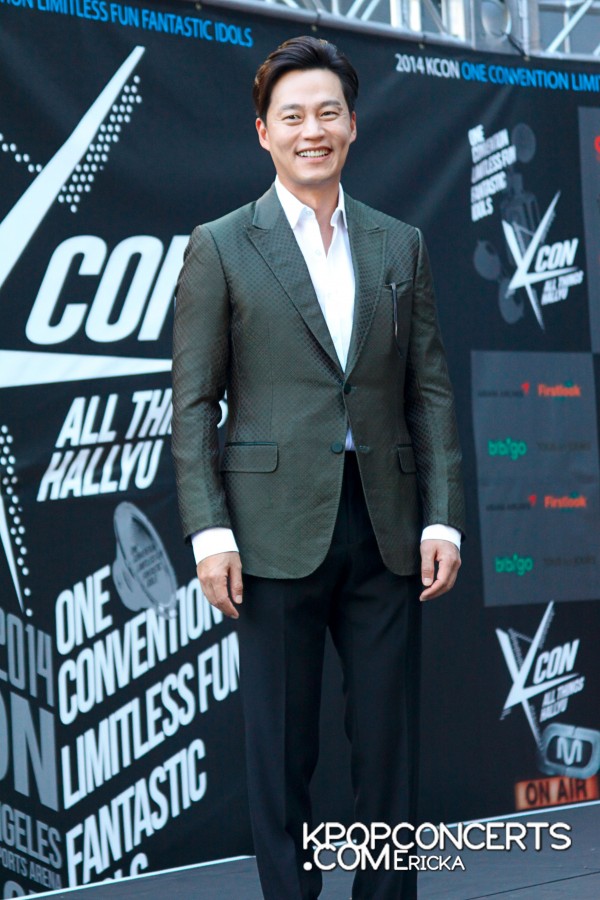 Actor Lee Seojin from the hit variety show Grandpa Over Flowers followed after.  He shared that he had just wrapped up filming for his latest drama Wonderful Days and currently has no projects planned in the new future.  After KCON he stated that he will be taking a bit of time to relax and enjoy the L.A. lifestyle with his friends. 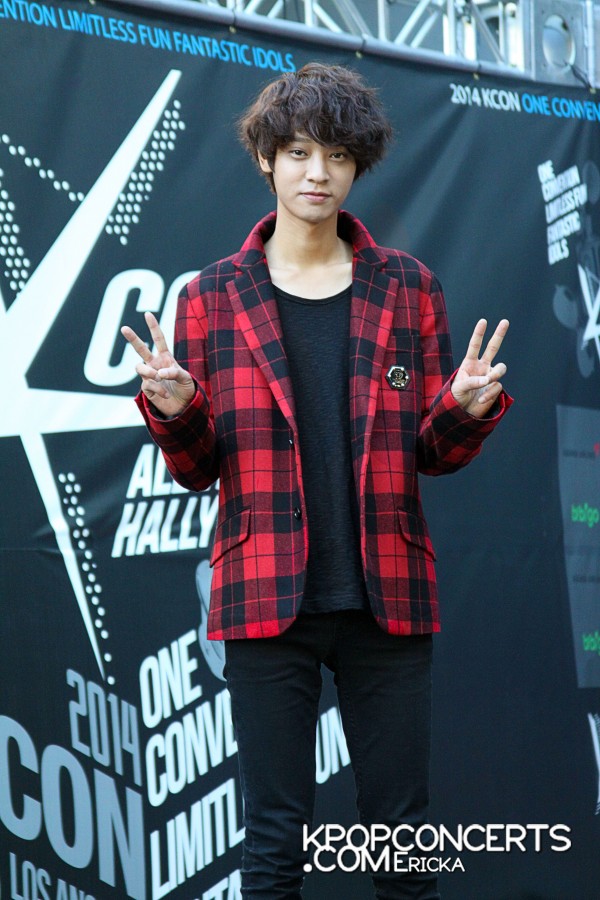 A somewhat drowsy Jung Joon Young then took to the stage.  The rocker charmed fans with his tired yet adorable state as he responded to many of Eric’s questions with “I’m very sleepy.”  Having been raised outside of Korea for most of his life, he was able to easily communicate with the audience in English, “It was really hot today. But now it’s fine right? Have fun tonight.”  Before taking his leave, he shared that he has a surprise collaboration planned for his performance later that night.  Who could it be? 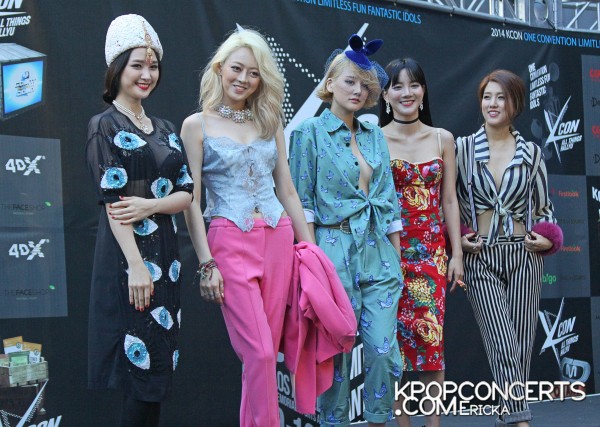 The lovely ladies of SPICA arrived on the red carpet decked out in eye-catching outfits!  The quintent have been kept busy in the U.S. with the release of their first U.S. single “I Did It” only days prior to KCON.  The girls revealed that they had worked diligently for four straight days to create this single and are continuing to work on their English pronunciation.  The group also announced that they are currently working on their Korean comeback due in few months, but could not divulge any details.  So, stay tuned! 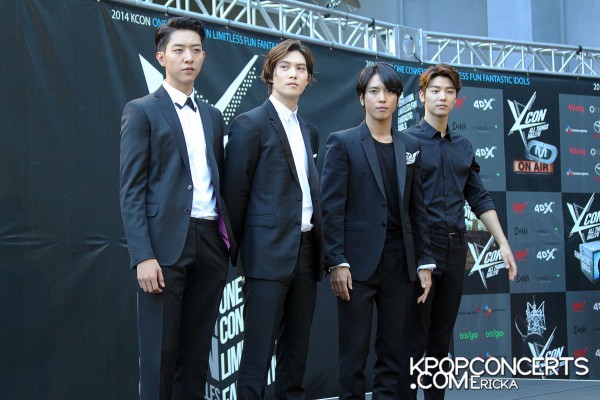 K-Pop’s resident rock band CNBLUE were up next and Yonghwa showed brushed up on his English as he greeted the fans, “I’m very happy to visit here. We love L.A.! Thank you so much!”  The lead singer then talked about how he is preparing for his upcoming historical drama and is growing out his hair for the role.  Jungshin shared that he is currently filming for an SBS drama called Temptation while Minhyuk and Jonghyun are diligently working on music for their upcoming album that will be released sometime next year. 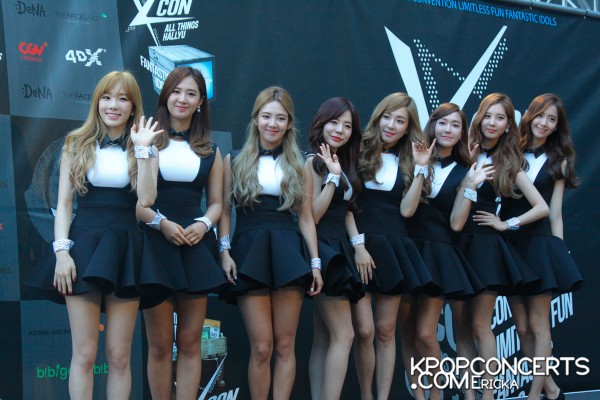 Wrapping up the red carpet event was none other than Girls’ Generation!  Unfortunately, Sooyoung was unable to attend KCON due to her filming for her upcoming drama, My Spring Days.  Nonetheless, the eight remaining members were all smiles as they were happy to see their American fans once again, “It’s so nice to meet our L.A. fans once again,” said Tiffany, “we missed you so much!”  As for their comebacks, the girls announced that each will be working on their own thing such as Jessica and her newly launched fashion line, BLANC.  Taeyeon, Tiffany, and Seohyun are currently preparing for their Tatiseo comeback while Yoona announced that she has just been casted as the lead role of Annie in an upcoming movie called Goodbye Annie.  SONEs will have a lot to look forward to this coming year!