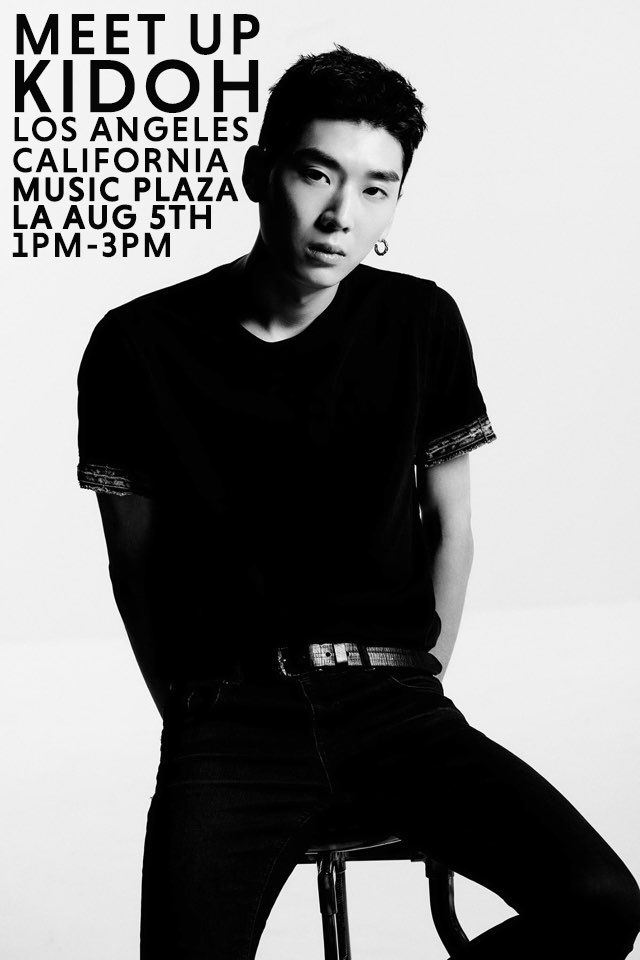 Korean rapper Kidoh will be holding his first ever U.S. fanmeet in Los Angeles!

Presented by Music Plaza, the fanmeet will be held in Los Angeles, California on Saturday, August 5th, at Koreatown Plaza. The event is open to the public (no admission fee) and open to all ages. Fans of the rapper will be able to receive his autograph (first come first serve basis) and enter a drawing to win a large, framed poster signed by Kidoh himself. The first 200 people in line will also receive an exclusive poster. The event is scheduled for 1PM-3PM so arrive early to guarantee your spot!

Music Plaza has been providing a variety of music to music lovers located in Southern California for over 21 years. Their huge collection of the albums, DVDs, and merchandise makes it a hotspot for Hallyu fans to gather and get their daily K-Pop fix! The Music Plaza store is located in the heart of Korea Town, Los Angeles, California.

Kidoh is a Korean rapper, producer, and song-writer who first made his debut  in 2013 as a member of K-Pop group, Topp Dogg. He is credited for composing their song, “Play Ground” and for contributing lyrics to “Say It,” “Open The Door,” “Arario,” and many others. Since leaving the group in 2015 to pursue his own musical style, Kidoh has been actively producing new music that showcases his Hip Hop roots. In May 2017, he released his song, “헐 (HER)” under the label NEXT LEVEL.