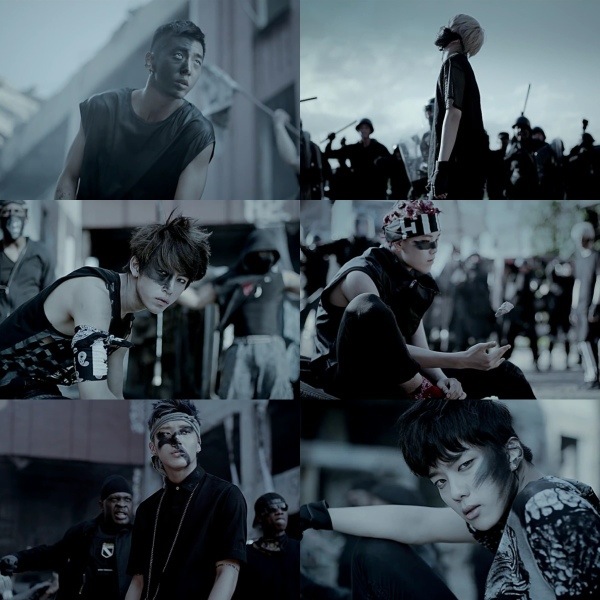 On August 2nd, the music video teaser for B.A.P‘s “Badman” was released, and boy was it intense!  Set in a once-thriving city now in ruins, the music video makes one wonder the cause of the city’s destruction.

B.A.P‘s leader, Yongguk took inspiration from matters and issues happening all over the world (such as violence) when he penned “Badman“.  While these events are significant, most people choose to avoid such issues and turn the other way.  With “Badman“, Yongguk wishes to raise awareness of social and moral responsibility and for the victims of such violence to not be forgotten.

B.A.P will be finally releasing their third EP, Badman on August 6th after they have spent the past few months promoting back to back with the EP’s other songs, “Coffee Shop” and “Hurricane“.  “Badman” was filmed in the city of Detroit, Michigan in the U.S. while the boys were in the middle of their four-city tour.

Check out the music video here!