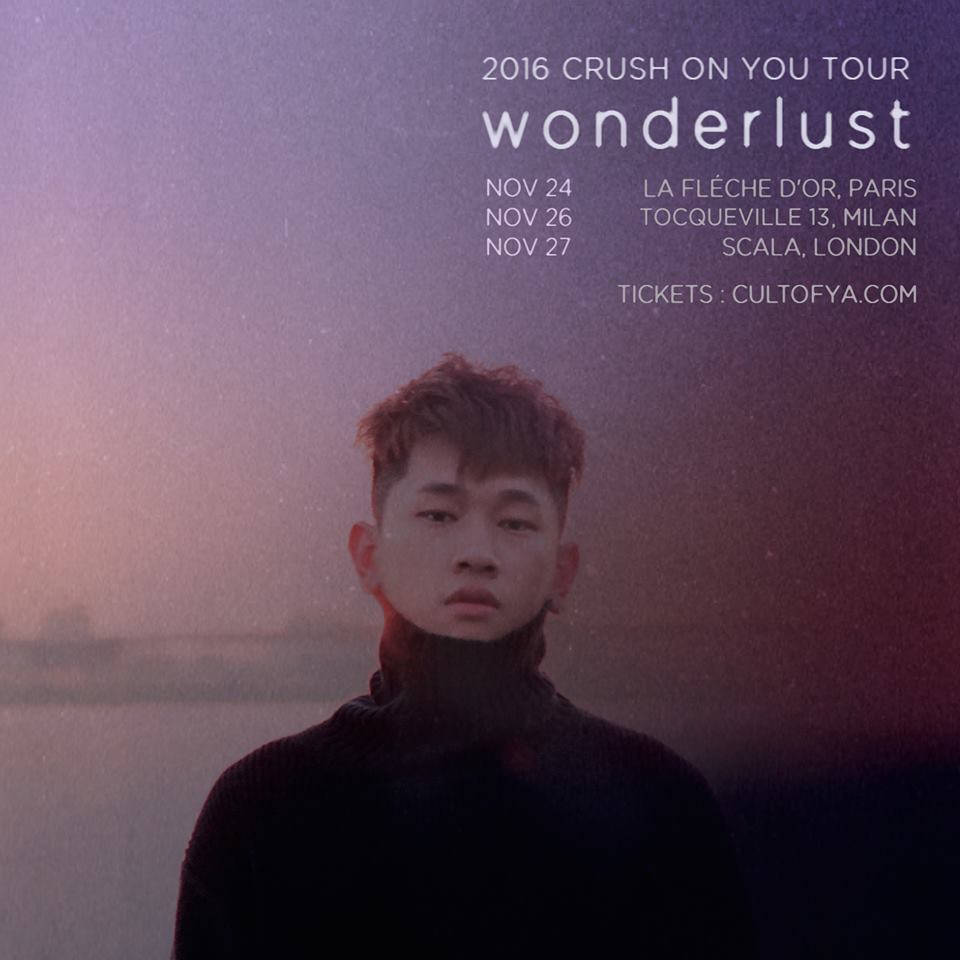 Embarking on his second solo concert series, the Hip-Hop and R&B singer-songwriter Crush will be performing and meeting fans from around the world as a true global artist – also performing concerts in Seoul and Europe. Presented by CJ E&M, the organizer of many global concerts including KCON and MAMA, the “2016 Crush On You Tour” will hold concerts in Atlanta, Chicago, Los Angeles and New York throughout November 2016.

Crush debuted onto the Hip-Hop scene in 2012 with the single “Red Dress,” and has since made a name for himself with his edgy charisma and understanding of urban style. His first full length album, “Crush On You,” was released in 2014, which was followed by a five-track extended play, “Interlude,” which was released this past May. His showcase in May for “Interlude” was sold out and record-breaking.

Crush has since performed at KCON 2016 New York, and his newest single “어떻게지내” (“Fall” in English) from his recently-released extended play “wonderlust” has charted at #1 on the seven main music charts of South Korea, including Melon, Mnet, Genie, Naver, olleh, Bugs, and Soribada.

More information about the tour and purchasing tickets, please visit Powerhouse Live’s website at http://www.powerhouselive.net/Page-CRUSH_110.aspx or by calling (213) 368-0303. Tickets are on sale now, and range from $50 to $100.

SHINee Teases Key and Minho for Their Winter Comeback