The girls of Crayon Pop took a picture with Lady Gag on stage on July 23 and shared it via their Twitter the next day. 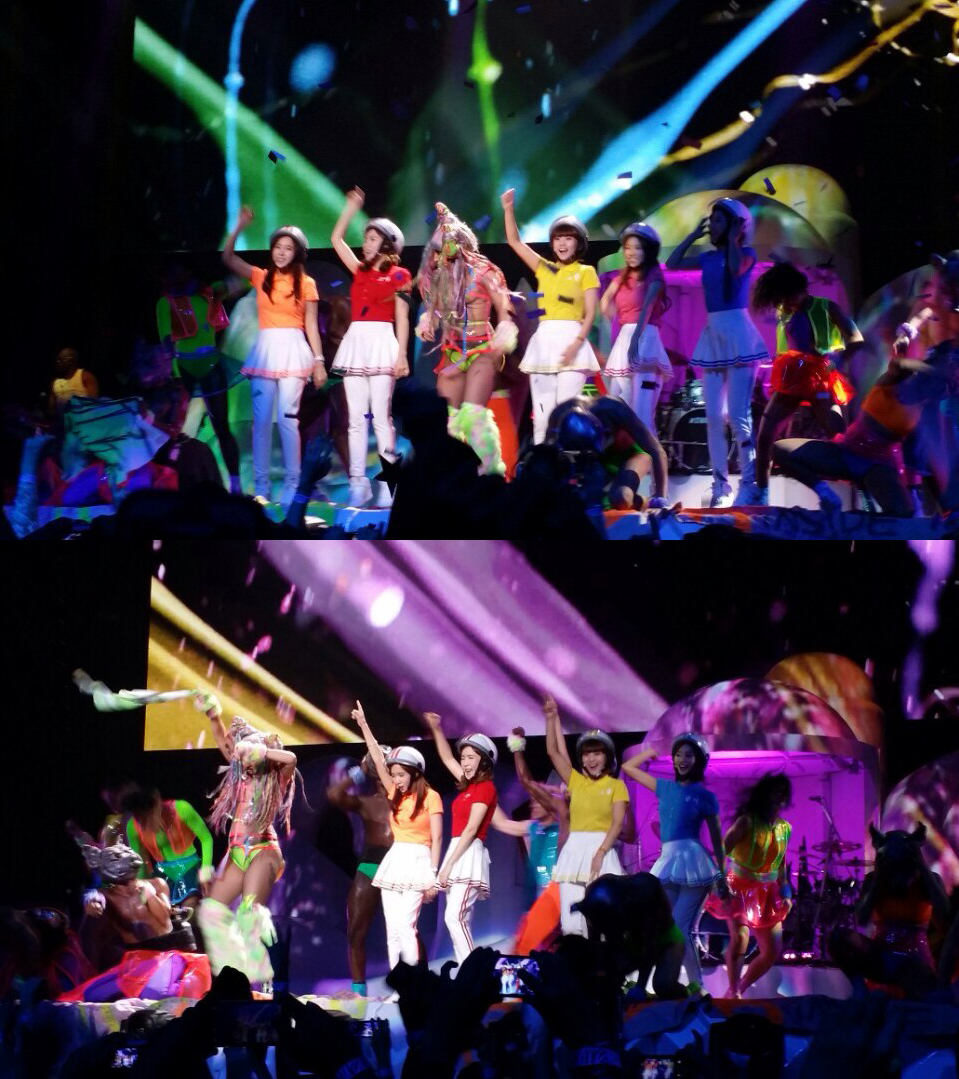 Crayon Pop, in the photo, were wearing their stage ‘Bar Bar Bar’ outfits.

The show in the photo was held at Staples Center, LA on 22nd and it was the last concert of Lady Gaga Tour Concert ‘The ArtRAVE:The ARTPOP Ball.’ It was also the last opening stage of Crayon Pop of total 13 stages in North America.

A representative at Crayon Pop management Chrome Entertainment said, “it was ‘Swine’ what was on their joint stage and Lady Gaga has suggested Crayon Pop to be on her ending stage together. 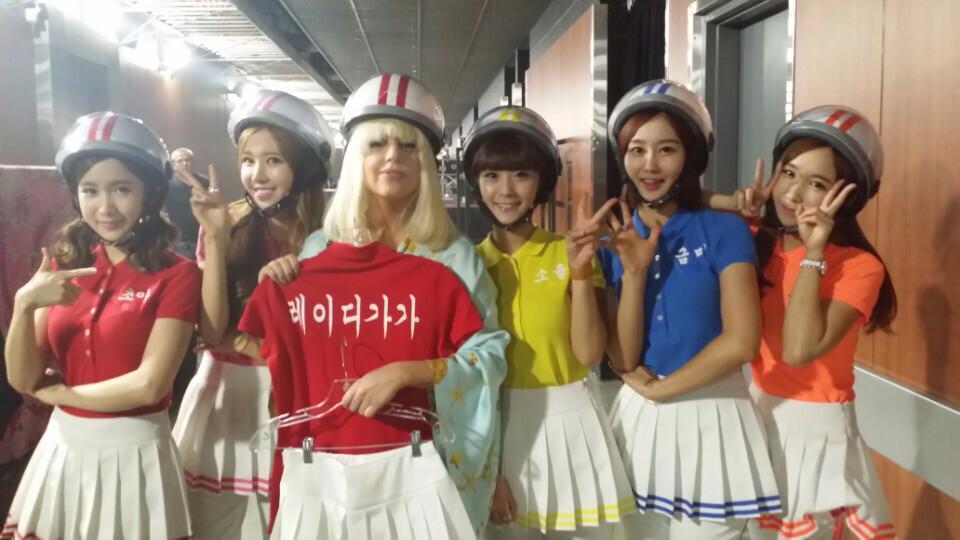 Crayon Pop, touring 12 different cities of North American and Canada within a month for the opening act at Lady Gaga’s concert, will be returning to Korea this afternoon.