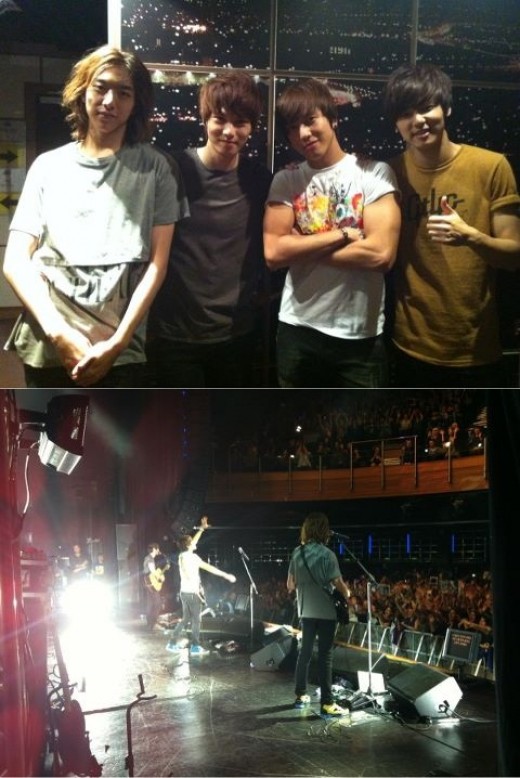 CNBLUE has successfully held their concert in London. A recent tweet released on the Official CNBLUE twitter released two photos of the 4 members whilst performing on stage and after the concert.

Over 4000 fans lines up to see the Kpop sensation perform at the Indigo O2.

For the concert, CNBLUE performed 21 songs including their hits, “Intuition“, “I’m a Loner“, and “Hey You“.

They also shared, “It seems like a dream that we finished a concert in England. We were happy to meet the fans who like our music and have a fun concert with our music in England, the birthplace of Rock.”

The leade vocalist also expressed his thoughts about coming back to london again for another concert!

Kpopconcerts will be updating you on more events and a special coverage of the event tonight so manke sure you keep posted and check it out.

CNBLUE will be holding ‘CNBLUE Arena Tour 2012-COME ON‘ this coming October in 6 Japanese cities.