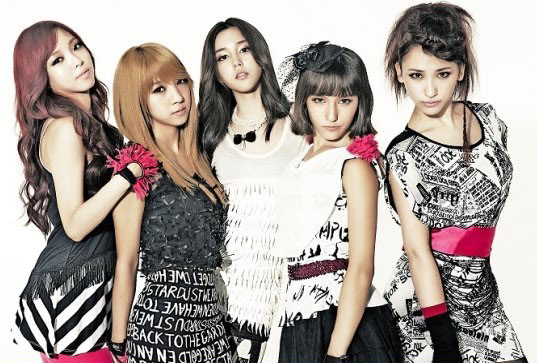 ChoColat aroused curiosity on their first broadcast performing with 4 of their 5 members.

ChoColat performed their new single “I Like It” at KBS Public Hall where KBS 2TV’s Music Bank was being broadcasted live on December 9.

During the performance four members of ChoColat: Min So Ah, Tia, Melanie and Juliane went up the stage and performed “I Like It”, without Jae Yoon.

A spokesperson for the girl group told Starnews, “Jae Yoon couldn’t participate in the recording of this single album due to her poor health. Therefore she couldn’t go on stage.”

He continued, “As soon as she recovers, she will continue her activities as a member of ChoColat.”

ChoColat burst onto the K-pop scene with their debut single “Syndrome”. Immediately they caused curiosity because Tia, Juliane and Melanie have a Korean mother and an American father.