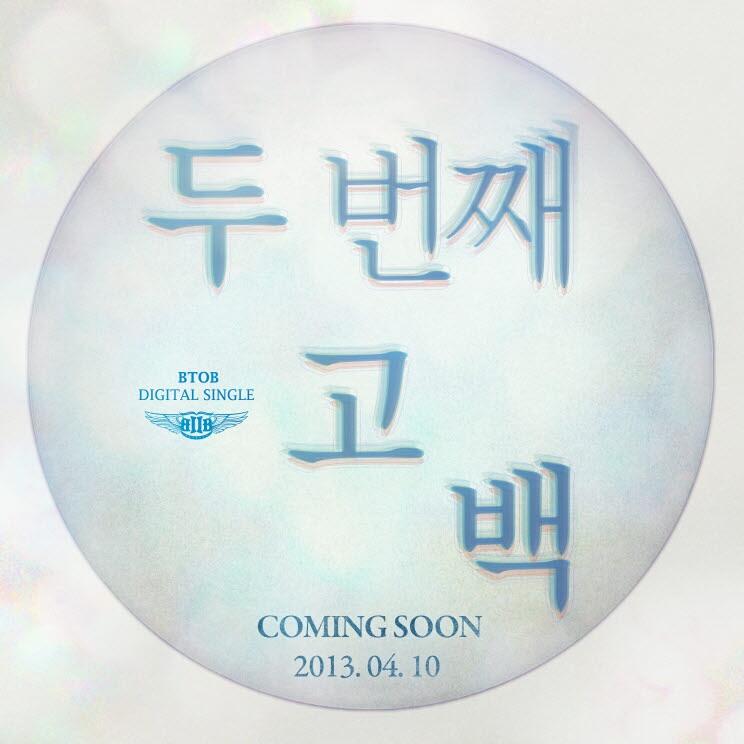 Debuted last year, CUBE entertainment’s 7 member boy group will be having a comeback on the 10th April 2013, this time with “Second Confession”.

It’s been just over half a year since the group released their second mini album “Press Play” which took Melodies (BTOB fans) by surprise as BTOB came back with the 1990’s style of music which was not expected from them. Now who knows what image of BTOB will they show fans this time round?

Before the comeback was confirmed, CUBE managed to successfully excite fans on twitter by posting various hints on the site of the shooting for something presumably related to this comeback.

One of the hints were “2nd go back” the reason behind this now can be seen as “go baek” is the romanization for “고백” which means confession. And the comeback is titled “Second Confession”.

“Second confession” has a sweet atmosphere where you can feel the aroma of spring. The song has a great meody and lyrics of a man confessing the second time to his former lover. It’s an exciting song which begins with a sympathetic naration and contains honest yet witty lyrics.

The digital single is the member’s way of saying thank you to the fans who cheered them on and supported them for the past year. “Second confession” is also a means of a serenade towards the fans.

Stay tuned for more information regarding this comeback and for the release on 10th April!