After released of the 4th mini album on February 7th, BTOB immediately took #1 on real charts as well daily chart. They popularity continues as the album managed to stand #1 on weekly sales chart. 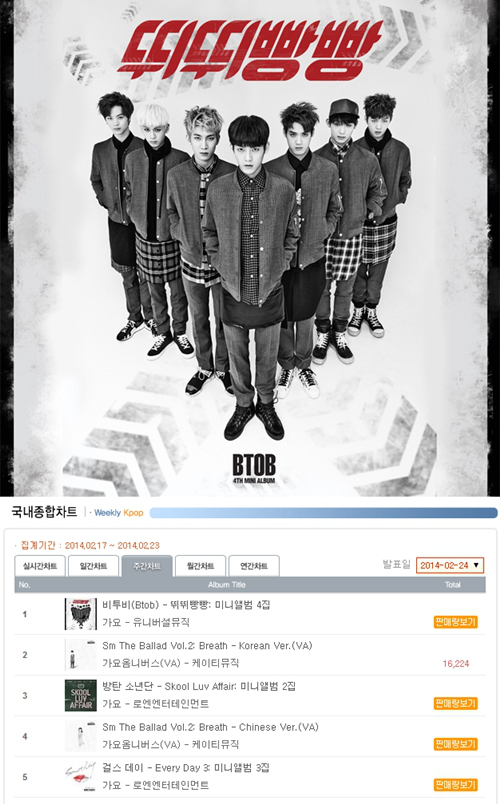 On stage, BTOB’s ‘Beep Beep’ performances have gained good comments since its released. The addictive melody in ‘Beep Beep’ has received reactions where listeners “couldn’t forget at first listen”, proving the popularity of BTOB.

With the release of ‘Beep Beep’, BTOB kick started their fan meeting around the nation, starting with Busan, Daegu, Daejeon and Seoul, a total of 4 stops. On 23rd, BTOB even personally held a small fan meeting after their comeback stage just to express their thankful hearts to fans. BTOB will show more activity on TV show and radio broadcast with “Beep Beep”.

Nell Will Join To List Of Comeback This Month