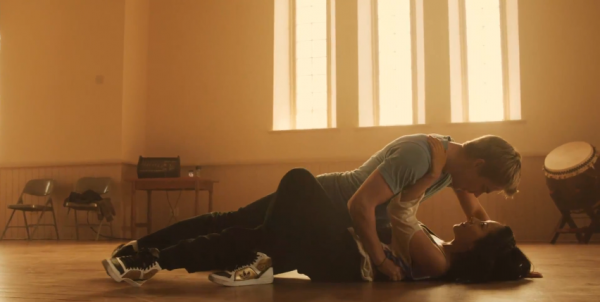 Having established herself as K-Pop’s “dance queen” with over a decade worth of experience, BoA is ready to show the rest of the world her dancing and acting skills in her first U.S. film, Make Your Move alongside Dancing with the Stars‘s Derek Hough.


Created by the writer of Step Up and Save the Last Dance, Make Your Move is a Romeo-Juliet inspired dance film with a twist.  The film follows the struggles of Aya (BoA) and Donny (Derek Hough) as they are brought together by their passion for dance and are caught in the middle of a heated rivalry between their brothers’ night clubs.

Like BoA, Derek is no stranger to dance – it was practically in his blood. His grandparents, parents, and younger sister (actor, dancer, and singer Julianne Hough) all had tremendous dance experience.  Hough is most known for his appearances in ABC’s Dancing with the Stars where he took came out on top on five seasons.  He is also holds the world chaption title  in Under 21 Latin American Dance and has even received an Emmy award for Outstanding Choreography for a few of his routines on Dancing with the Stars.

Numerous of BoA’s labelmates from SM Entertainment have also lent their hands for the upcoming film.  F(x) and TVXQ lend their voices for the film’s soundtrack and TVXQ’s Yunho even makes a cameo appearance as well.

Make Your Move will be making its way to a theater near you sometime in Spring 2014.