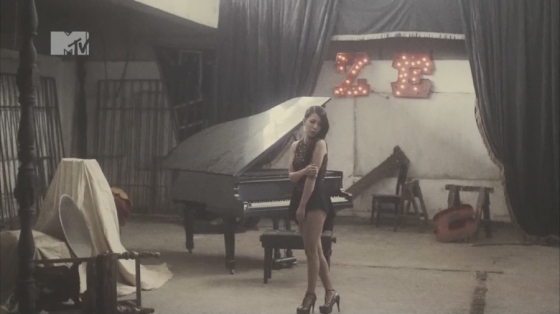 BoA’s music video for her 1st DVD single release “Milestone” has finally been released! The music video made its debut on MTV Japan’s Exclusive on November 21st, and they will continue to broadcast the music video until November 22nd.
The video begins with BoA playing a few notes on a piano in a worn down practice room filled with a few chairs. Shots of BoA driving and walking through Times Square New York City can be seen, giving the music video a more personal touch. Through this PV we can see that she doesn’t where as much makeup is this PV as she did in her recent music videos, and fans can see her beauty shining through.

BabySoul reveals MV for “No Better than Strangers” ft. Wheesung