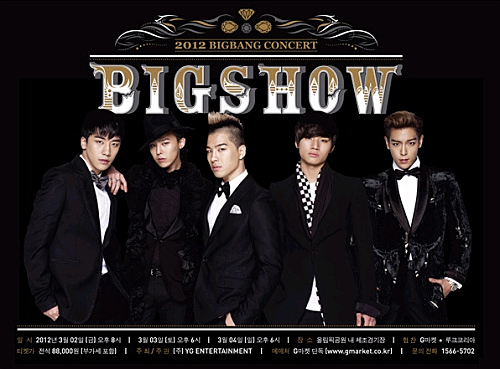 Big Bang’s 2012 comeback concert poster has officially been revealed today. Fans are eager to see them back after releasing a video teaser for the concert earlier this month.

Their highly anticipated concert ‘Big Show 2012’ is set to be over three days at Olympic Park in Seoul, from March 2nd to 4th. Pre-sale tickets will be available to fans exclusively through G-market from tomorrow.

EXO debut MV "What is Love"