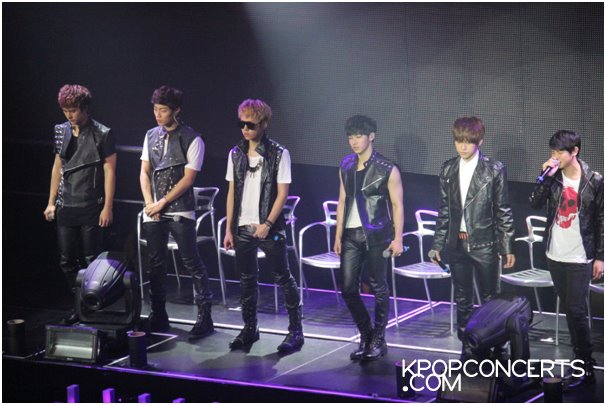 Cube Entertainment have announced that B2ST will be making their comeback in July and have promised it will be one of the most special promotions yet.

In a press release, Cube Entertainment rep Hong Seung Seong said, “It′s now time for me to show you the three big pictures we′ve drawn regarding B2ST′s comeback. Thanks to the B2ST members and their efforts to put together a puzzle that will make everyone supporting them happy B2ST has confirmed a comeback date in July.”

“The members have been working hard in their own areas even after their last album release. They always aim to become better people and this is why we had to tie up all their remaining knots in order to move on further rather than hastily take another new step, though it took us a long time to do so,”

“The B2ST members are healthier than any ordinary Korean man, but with the upcoming album we aim to give them a new turning point that will sharpen not only their physical conditions but also their content and let them fly high on their abilities as global stars. Before the release of their album and their performance at their concert in July we will start up two projects.”

There will be a digital single release this month titled, “Will It Be Okay” followed by a project in June called ‘B2UTY More’.

The press release finished, “B2ST′s upcoming album, to be released in July will be performed for the first time onstage at B2ST′s exclusive concert to be held in the same month. Their music which shines more brilliantly onstage, will kick off with a concert so that B2UTYs will be the ones to see it first Many passionate debates, designs and fun ideas have been thrown out regarding the comeback and are still going on so make sure you don′t let go of your anticipation.”