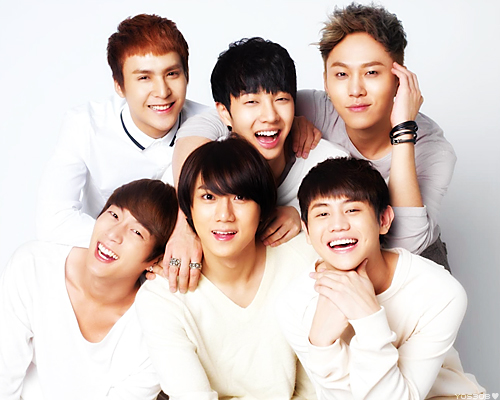 The entirety of B2ST will be appearing alongside Lee Kikwang on KBS 2TV’s Win Win, where they will be discussing the hardships they endured to become today’s hard working B2ST. Also appearing on the show will be the six members’ fathers. Win Win is a talk show broadcasted by KBS on which Lee Kikwang is an MC.

The group will make their appearance on the show’s third special MC episode in celebration of its 100th episode on the 23rd of February. As the group’s first solo talk show appearance, they will talk about the difficulties the group went through as they turned four years old with the new year having made their debut in 2009.

B2ST are emerging as a top idol group in Asia and Europe, even winning Song of the Year at KBS’ ‘Song Festival’ last year, and are also proving to increase their popularity across their world as they are currently in progress with their world wide tour, which includes 21 cities. But despite their current and ever growing popularity, when the group first made their debut, they were labelled the ‘Recycled Group’ for having the members been gathered from several different agencies. This is just one of the hardships that B2ST will be discussing on the Win Win broadcast.

However, showing how happy B2ST are now, the group’s fathers will also be dancing to B2ST’s hit song ‘Fiction’, sure to create much laughter for viewers, as well as sharing stories about their sons, both funny and heartwarming.

2AM’s Jokwon will also be MC’ing the show on behalf of B2ST’s Lee Kikwang.