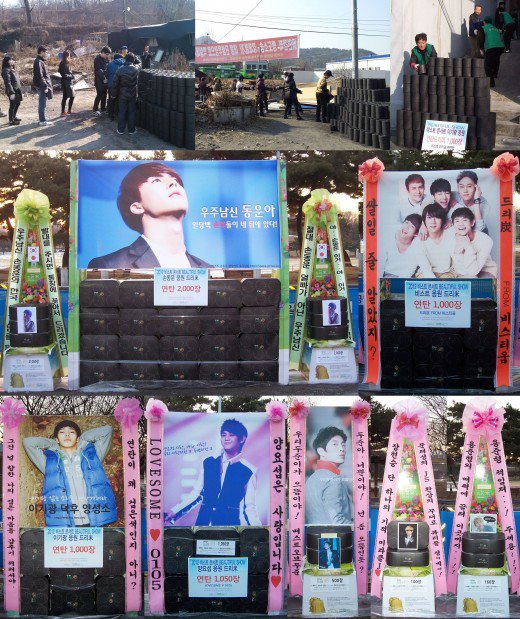 B2ST and their fans have donated rice and coal briquettes.

B2ST member Gi Kwang donated 1680kg of rice with his fans to the office of Junggok 3-dong and Hanguk Jungang Church on February 15 and 1,000 coal briquettes to four senior citizens on February 16.

To the places where cars couldn’t enter, about 150 volunteer workers from universities, high schools, and churches helped deliver the coal briquettes.
[ad#GA-468-img-Jo]

The rice and coal briquettes that B2ST donated were given by about 80 fan clubs from Korea, Japan, China, and Singapore to congratulate B2ST on holding a concert in Seoul, which took place at the Gymnastics Stadium at Olympic Park on February 4 and 5. The amount of the rice donated by B2ST can feed nearly 60,000 poorly-fed children and that of the coal briquettes can be used by nearly 80 households for a month.

B2ST’s fan clubs have donated total 12 tons of rice and 8,000 coal briquettes through several events of B2ST, such as concerts and production report conferences of musicals and drama series.