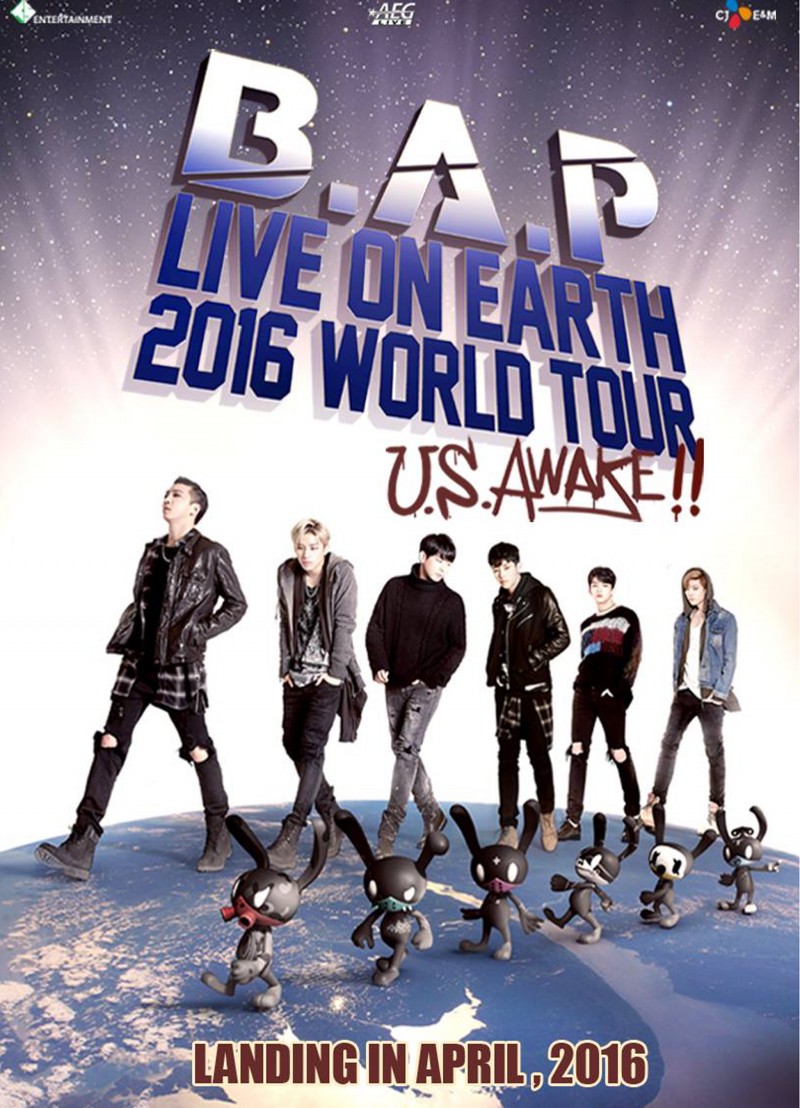 The wait is now over!

POWERHOUSE and TS Entertainment have announced the much anticipated tour dates and cities for B.A.P Live on Earth 2016: U.S. Awake!!

Following their explosive 2014 tour, the latest installment expanded its circuit to include two additional cities. For the first time ever, B.A.P will be performing in Atlanta, Georgia and San Francisco, California.  For BABYZ in these cities who could not attend B.A.P’s previous U.S. shows, here’s your chance!  The full list of U.S. tour dates and locations are listed below:

Tickets are available on www.powerhouselive.net.

The United States is just one of several stops in the B.A.P Live on Earth 2016 World Tour. The tour is expected to attract over 200,000 fans in 17 different countries across the Americas, Europe, Oceania, and Asia.