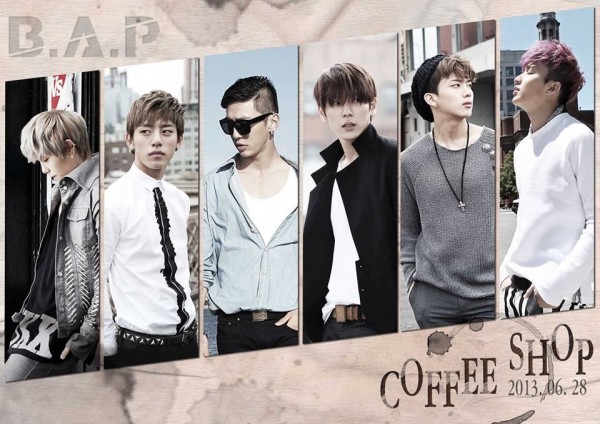 Breaks? No such thing for B.A.P.

The boys are set to dominate this summer with three title songs! B.A.P will make their official comeback with the release of their latest mini-album on June 28th, only four months following “Rain Sound” promotions. The teaser photo for the first title track, “Coffee Shop” was released today, featuring shots of the boys staring off into the distance.

Babyz everywhere have eagerly been awaiting the B.A.P‘s comeback as pictures had surfaced of the boys filming their upcoming music video in Las Vegas while in the US for Verizon Presents APAHM Concert Tour 2013: B.A.P LIVE ON EARTH.

Along with their June comeback, B.A.P has also signed a record deal with Japanese record label, King Records!

With their world tour, Korean comeback, and Japanese debut all overlapping one another, it’s no wonder that B.A.P has been labeled as one of the most hardworking idol groups out there!

Ailee to Make Her Comeback After Nine Months on Hiatus