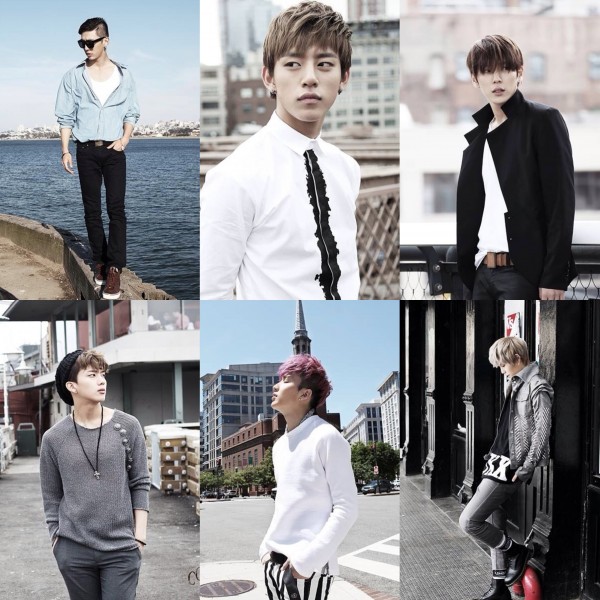 Recognize any of the locations?

Earlier this week, individual teaser photos for B.A.P‘s “Coffee Shop‘ comeback were revealed! The boys are handsome a ever and are complimented by the beautiful scenic backdrops taken in the U.S.

“Coffee Shop” was filmed while the boys embarked on their four-city tour in the U.S. back in May. The music video will feature numerous landmarks such as San Francisco Bay in San Francisco, CA.

Check out the photos below!

Soyu's Dance Partner in "Give It to Me" Preparing for Debut