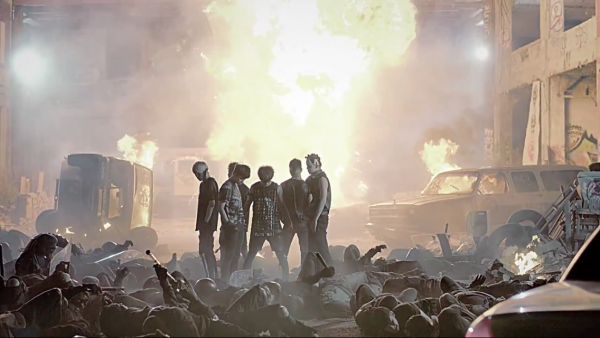 On August 6th, B.A.P released the full music video for their latest track, “Badman“.  The boys go back to their dark concepts days as they are swept into a city-wide war between rioters and police officers.

As previously stated, B.A.P‘s leader Yongguk wrote this song after watching the news and hearing nothing but violence and crimes occurring on a daily basis.  With “Badman”, Yongguk wishes to raise the public’s awareness to these common occurrences that occur in our society.

With their third track finally out, B.A.P has finally released their third EP, Badman, has been released today!  The EP also features their previous promotional songs, “Coffee Shop” and “Hurricane“.  B.A.P also shot all three music videos in the U.S. during their ‘Verizon Presents APAHM Concert Tour 2013: B.A.P LIVE ON EARTH’ TOUR ‘ where they performed in Los Angeles, San Francisco, Detroit, and New York.