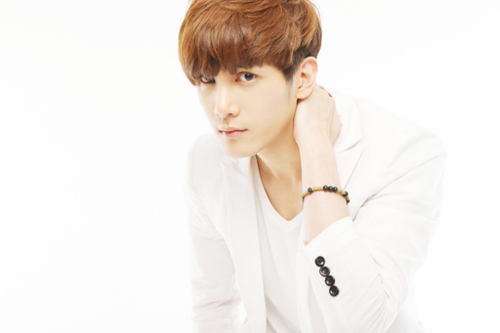 Sad news for W’s today as it has been announced vocal member Juwon will be leaving the group to pursue his acting career. Not only that, but two new members will join to make a 6 member group.

AA have recently been on activities without Juwon due to his own drama shooting schedule but none of AA’s fans expected the sudden news. Earlier today articles were posted on various sites about ex-model’s departure. Juwon then left a letter to fans himself on AA’s Fan Cafe. News began to spread throughout the fan club and was confirmed by a tweet via AA’s official twitter.

AA staff announced: [quote]Today we have to tell you the heartaching news.

Juwon, who is the member of AA decided to leave the team to pursue his own dream.

He has had a big passion and vision for actor, and he just got some great opportunity. But he have struggles with AA’s schedule, so AA decided to let him go for his own dream. It’s so hard time for everyone.

It was hard for us to decide but we have to respect his will to archieve the goal before it’s too late. So we want you to understand our decision.

Last two years are gifted time for AA brothers. And they promise the unconditional support to each other. It’s not the end of their sincere brothership.

Also we will release the tribute MV for Juwon tommorrow on AA’s Official YouTube Channel. The song “2nite 3x” will be on AA’s next album

No information on the new members or AA’s come back full album promotions has been released as of yet.

Look out for more updates here!