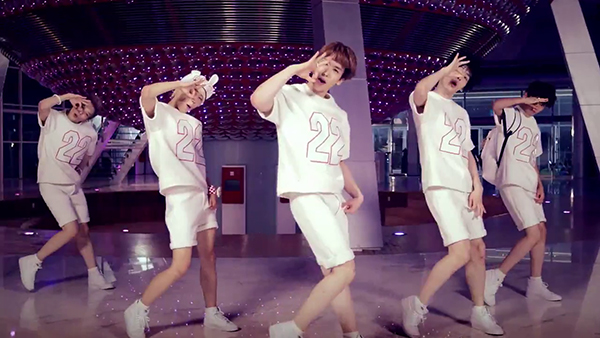 After the withdrawal of member Joo Won in June, the group added 2 new members. Starting afresh, a fun and vibrant music video was uploaded for ‘OK About It’! Watch it below:

The music video follows the ‘OK About It’ attitude Jinhong has towards the break up he receives from his girlfriend the moment he wakes up. Immediately afterwards he reads a note from his mother saying his parents will be out on a trip, as well as warning him not to hold a party. So what’s the natural reaction? To organise a party of course! As the party is well under way, one of the attendees takes a snap of Jinhong and sends it to his now ex-girlfriend, who responds by trying to call Jinhong only to be given the cold shoulder, and leads to the party being escalated to another level and taken out into the streets.

The new formation of Double A seems to have brought about a vibrant, fresh and upbeat sound with the release of this music video.

Did you enjoy the music video?

BEAST Release 'I Am A Man' Single