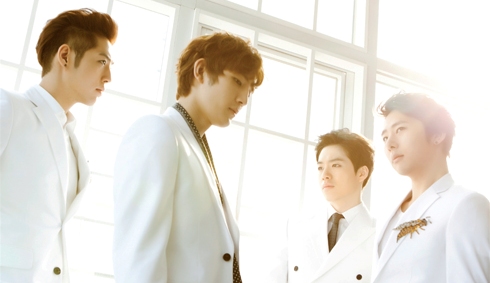 [ad#GA-468-text] 7.9.4.2 is a new boy group from Contents Storage Company. The four member group is pronounced as “Chilgusai”, as well as the “CGSE” which is used in the logo.

7.9.4.2 have been cast in the Korea-Indonesa collaborative drama “I Love You…” ahead of their debut this month. The drama has a mixed cast from Indonesia and Korea

The group is made up of leader Yoo Haenghoon, Jo Hoon, Lim Jonghyun and maknae Kim Eungjoo. All members are on Twitter have have been teasing fans about their debut.

7.9.4.2 are scheduled to release their first single titled “I’ll Be Popular” on April 12th, the song will also be used in the OST for the drama that they are cast in.