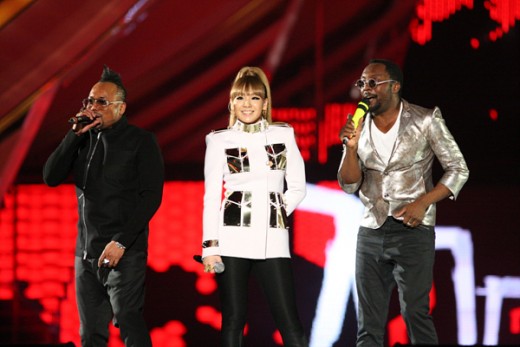 2NE1 are planning to launch themselves in the U.S. under the direction of Black Eyed Peas’ will.i.am, it has been reported. 2NE1 has recently received a lot of attention from MTV, have already recorded about ten songs with will.i.am and are planning to record more.

will.i.am wrote a tweet out on January 7 “2NE1 is coming out crazy”, showing his excitement for the girls.

YG Entertainment reported through Starnews on January 9, “At the MAMA Awards that took place in Singapore at the end of last year, will.i.am and CL talked about their U.S. debut album after their joint performance. will.i.am said he wanted to make additional songs, so they decided to work again.”

2NE1 are expected to received a lot more attention after the release of their debut album in the U.S. with will.i.am.

On January 7 and 8 2NE1 performed at the 15th Anniversary YG Family Concert at Osaka Kyocera Dome. They are expect to perform again on January 21 and 22 at Saitama Super Arena. 2NE1 will continue their promotional activity in Japan throughout February.

Double A on Music On Top