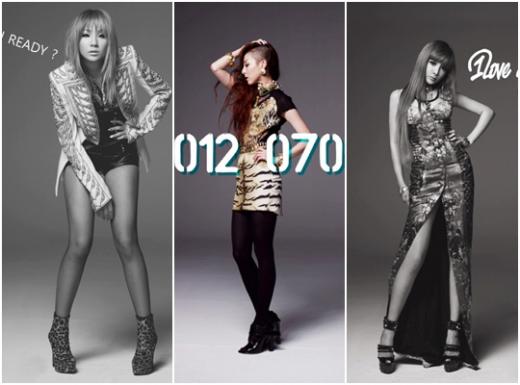 2NE1 has confirmed with fans that their comeback track will be called “I Love You”.

YG Entertainment had already confirmed that after nearly a year, the group would be officially coming back on July 5.

Bom’s teaser was the first photo to be released for their comeback with the caption, “I Love You” on it but with no real explanation as to what it meant. Star News confirmed that the caption was in fact the title for the next track.

2NE1 has already released teasers for CL, Bom and Dara and will be kicking off their first world tour at the end of July.

No cities have been mentioned for their world tour but it will definitely be an exciting time for the group.