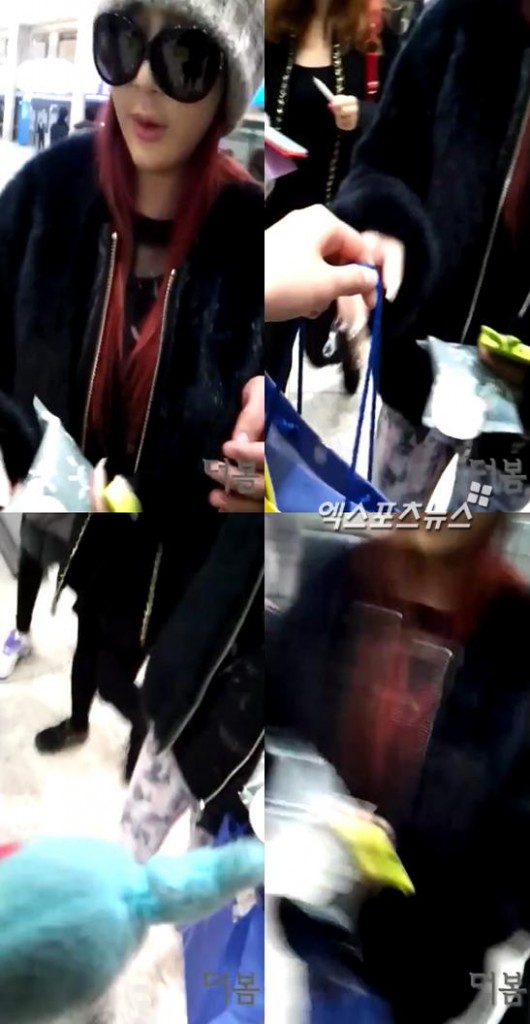 A YouTube video involving Park Bom from 2NE1 is causing a bit of a stir.

The video that was recently posted on an online community board, titled ‘Righteous Park Bom appears at Incheon International Airport’ was uploaded.

A fan was giving presents to Park Bom as she arrived at the airport on December 1, in the video. Park Bom had a word with her manager by saying, “Why are you pushing? Don’t push”. This happened as the girl fan fell whilst trying to give her present.

The actual situation was that a fan tripped on Park Bom’s manager’s foot whilst trying to step back after giving Bom her present. The manager then apologised after his stern warning from Bom even though it wasn’t entirely his fault.

Netizens have given praise to Park Bom who happily greeted fans, by saying: “She is considerate.” “She’s such a heartwarming idol.” “The manager seems to be nice as well.” “I’m even jealous of the manager who got warned.”

SE7EN's 'Somebody Else' MV + Mini-Album