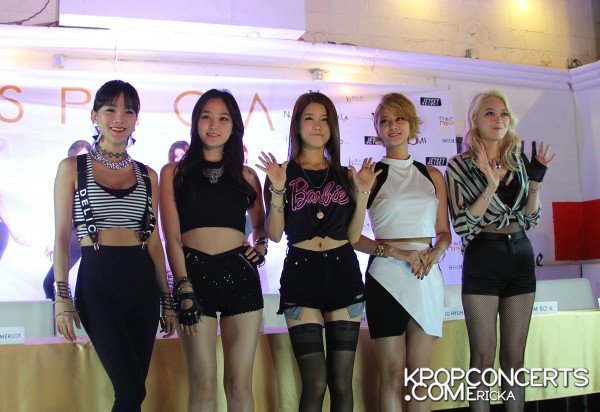 Girl group SPICA had many firsts this month with the release of their first English single “I Did It” and their first performance in the US at the 3rd annual Hallyu convention, KCON. The day the single was released, SPICA held a press conference and fan meet at Area DNA in San Gabriel, CA where they shared their future plans and answered some fan questions. 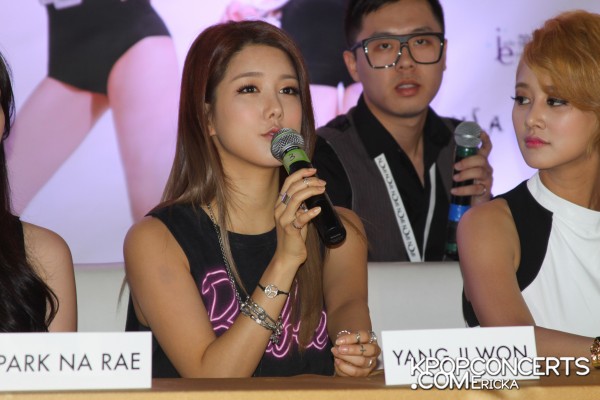 The Los Angeles weather, scenery, and overall laid-back atmosphere left a great impression on the girls. When asked what type of food they wish to eat while here, the girls expressed just how much they love to chow down. “We really like to eat meat,” said Juhyun, “and the meat in Korea is pretty expensive. But in the U.S., meat is pretty cheap and we can even afford to eat stuff like steak every day.” Jiwon added in, “Our friends all recommended In-N-Out, I really want to try it!” 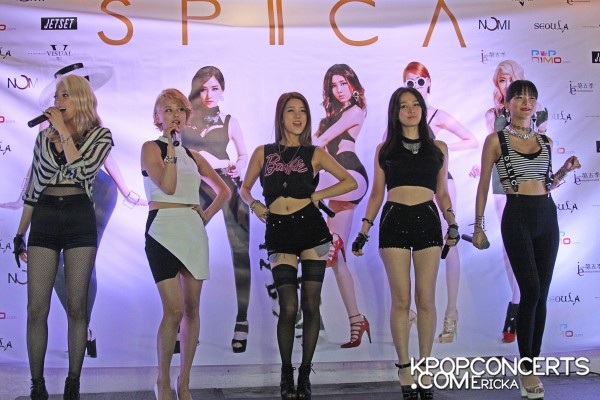 SPICA shared their eagerness in promoting abroad and announced that they are planning on releasing a Mandarin version of “I Did It” to break out into the Chinese music scene. Music composer and director Nathan Wang was in attendance and announced that he will be assisting the girls with the song, “I believe the girls will be successful in China.” 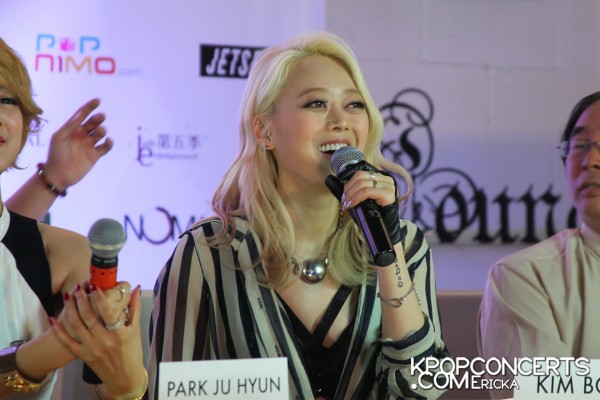 When asked about their ideal types, the girls each had varying tastes – Boa, for example, likes handsome, model material men, while Juhyun is interested in guys with good fashion sense. Bohyung heartily stated that her ideal type is similar to actor-singer Takeshi Kaneshiro while Narae said she likes courageous guys like Taiwanese singer Jay Chou.

SPICA wrapped up the press conference by treating the audience with a live performance of “I Did It.”

Check out our photos from the press conference, below!