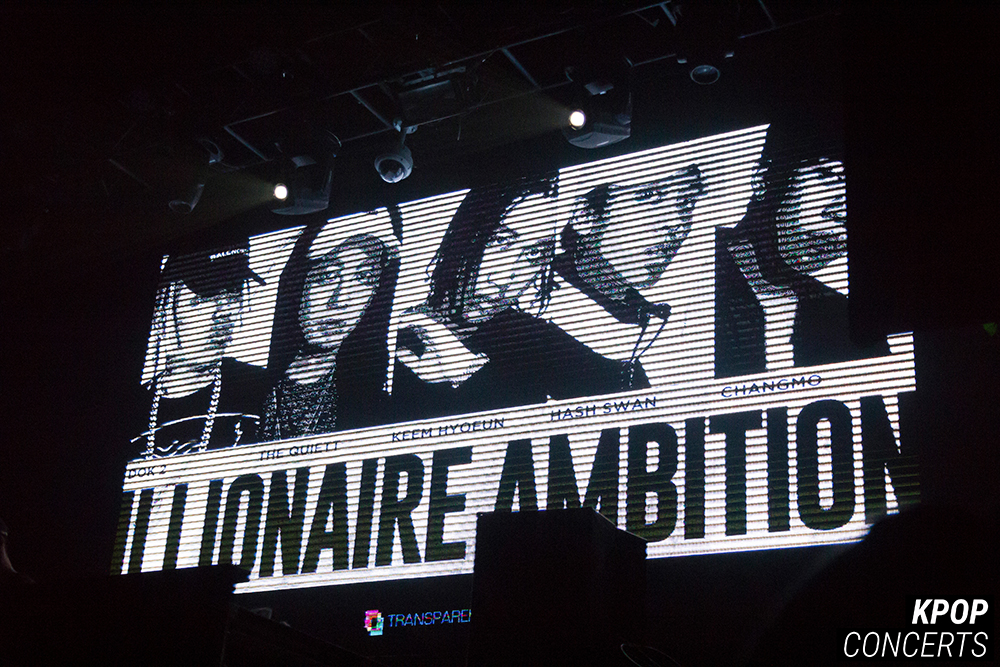 On December 2, the Belasco Theater experienced a whirlwind of hip hop grooves and Kpopconcerts was lucky enough to be a part of it!

Hosted by Transparency Agency, the Illionaire Ambition Tour brought together the top artists from Illionaire Records and Ambition Musik for their first ever co-headline, five-city tour.  Illionaire Records was co-founded by Dok2 and The Quiett and is one of the most influential hip hop music labels in Korea to date. In 2016, the duo launched a second company called Ambition Musik and signed rappers Kim Hyoeun, Hash Swan, and Changmo to the label.

Despite the overcast and chilly weather, K-hip hop fans were waiting hours in line to see the rappers tear it up onstage. Although I do not know some the rappers, I attended the concert to support and spread the awareness of K-hip hop to the people of Los Angeles.

Located in the heart of Downtown Los Angeles, the Belasco Theater was an amazing location for the evening. First, VIPs entered the venue filled with excitement to receive not only autographed posters from the rappers, but also a group photo with them before claiming their spots right in front of the stage. Once in, the rest of the fans with general admission tickets began to trickle into the venue and situated themselves as close as possible to the stage. Before the show started, fans were buying alcohol and drinks to groove along with the music playing in the background. 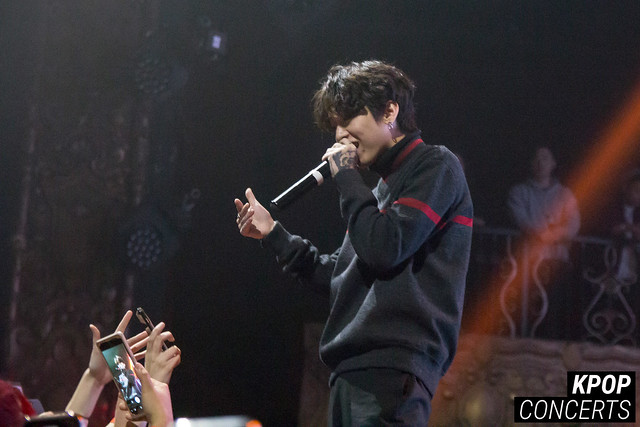 The first act of the night was Hash Swan. The youngest among the Ambition Musik rappers, Hash Swan gained recognition after his charismatic appearance on the hip hop survival show, Show Me The Money. He opened the show with the song “Yazm Gang,” the lit collaborative track from the sixth season of the show. Afterwards, he performed his newest songs “Daily Look” and “소름 돋았어(Chills)” from his second mini-album, Shang-ri La. Hash Swan got the crowd rowdy when he grabbed an audience member’s phone and took a selca, prompting all those in the front to flail their phones in hopes of striking luck as well. He then performed his upbeat digital single “MAR$HIMARO” which was more of an upbeat song. Although he occasionally threw finger-hearts at the crowd, he coolly showed a serious and thrilling performance. 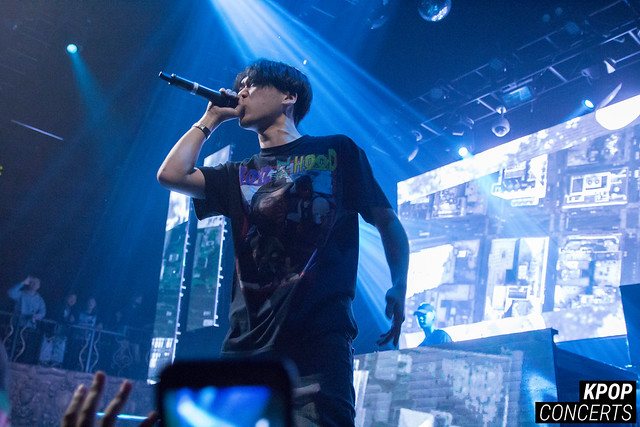 Kim Hyoeun was next to perform, a fellow Show Me The Money competitor and the first artist signed under Ambition Musik . He performed the songs “Rap Star” and “Picture Me Rolling.” He had great stage presence and was thoroughly having fun on stage. Near the end of his act, Kim Hyoeun brought his label mate Changmo out to perform their collaborative track, “LALALA.” They both showed off their perfected skills and diction. 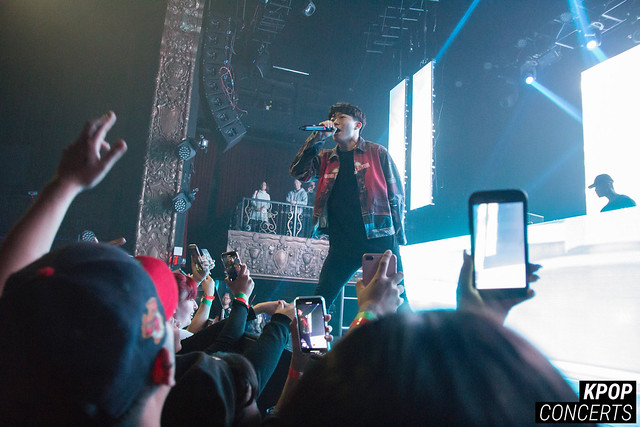 After Kim Hyoeun’s act, Changmo took the stage and stole everyone’s attention. No stranger to Illionaire Records, Changmo has been working alongside Dok2 and The Quiett since 2012 before officially signing under Ambition Musik. He performed songs like “I Always” and “Maestro.” His stage presence and swag got the crowd to bop their heads to the beat. After a couple of songs, he told the audience that it was his first time performing in Los Angeles and was very happy to experience it with everyone. He dedicated the song “Beautiful” to the “LA ladies.” This song showed his capability to capture the hearts of all the women at the show. This Casanova left the stage with the crowd’s wavering emotions. 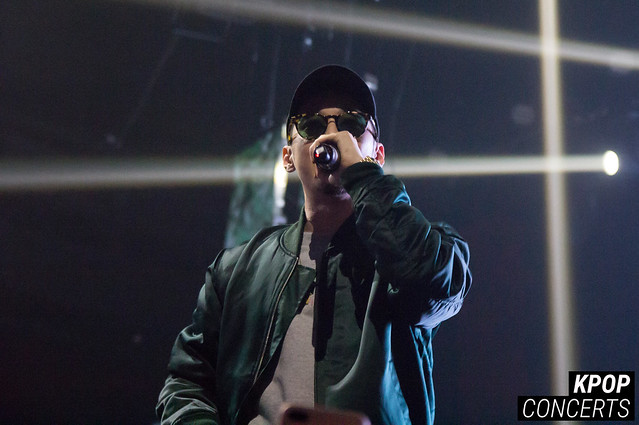 Finally, it was the Illionaire crew’s time to perform. The Quiett quickly took to the stage and set the Illionaire tone with “2Chainz and Rollies.” He continued with “1 Life 2 Live” and “Prime Time” from his newest album Millionaire Poetry. From start to finish, The Quiett exhibited powerful stage presence that could only be achieved from years of experience. One could clearly see his influence in the Korean hip hop scene by the overly energetic crowd that was screaming and rapping alongside him with every verse. Throughout the set, The Quiett’s exhibited a cool and laid back demeanor, leaning on over the edge of the stage to interact with the crowd (and their phones!) 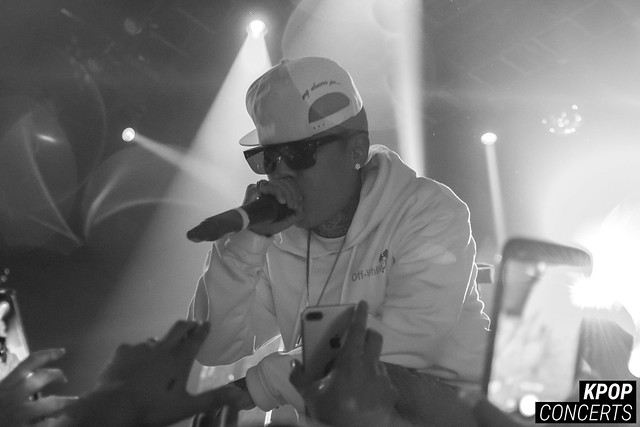 The last and most anticipated rapper Dok2 closed off the night. He performed “1ll Recognize 1ll” followed by “Beverly 1lls” that had the crowd pumping to the beat and singing along. He continued with “Rollercoaster,” “Money Dance,” and other exciting tracks that had the whole entire venue turning up to the heavy beats and sick verses. Dok2 then took a moment to promote his track “Crazy” from his newest mini-album of the same name. Throughout his set, Dok2 made sure to interact with the crowd as much as possible and conversed with them in English. During his set, Dok2 and the crowd were so hyped up, that he opened a water bottle and doused everyone in water and threw his sweaty towel to a lucky fangirl. 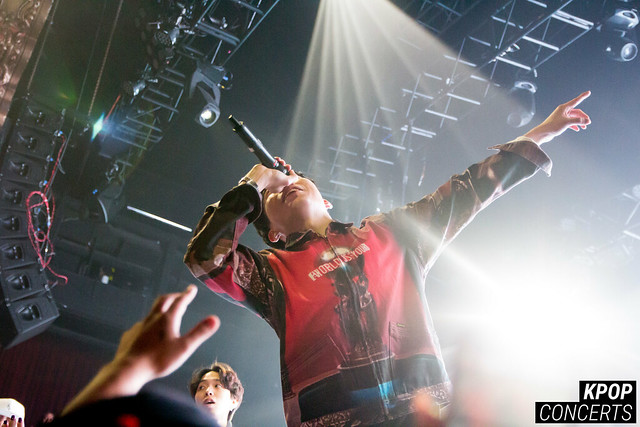 To get the crowd even more turned up, The Quiett, Keem Hyoeun, Hash Swan, and Changmo came back once again to join Dok2 and hit the fans with a dynamic collaboration stage. They continued on with songs “인기가요”, “One More Rollie,” “Money On The Floor,” “Whitney,” “Stay Alive,” “1llusion Remix,” and “Profile.” 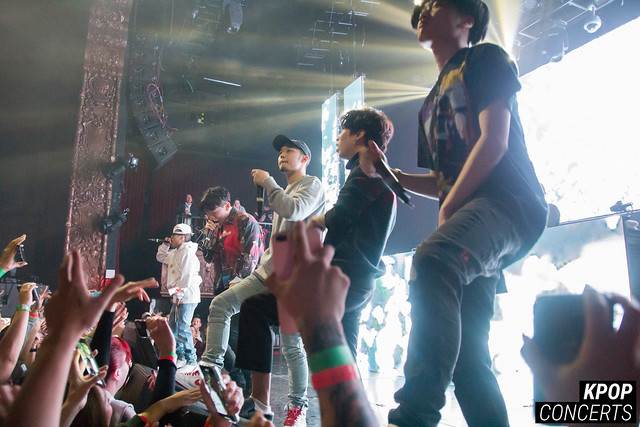 The concert came to an end despite the fans’ disappointment. They began chanting “Encore” repeatedly, but Dok2 wanted a bigger and louder response. With the whole crowd shouting and screaming with all their might, the rappers continued on to perform a few more songs before wrapping up the night with “연결고리 (YGGR).” 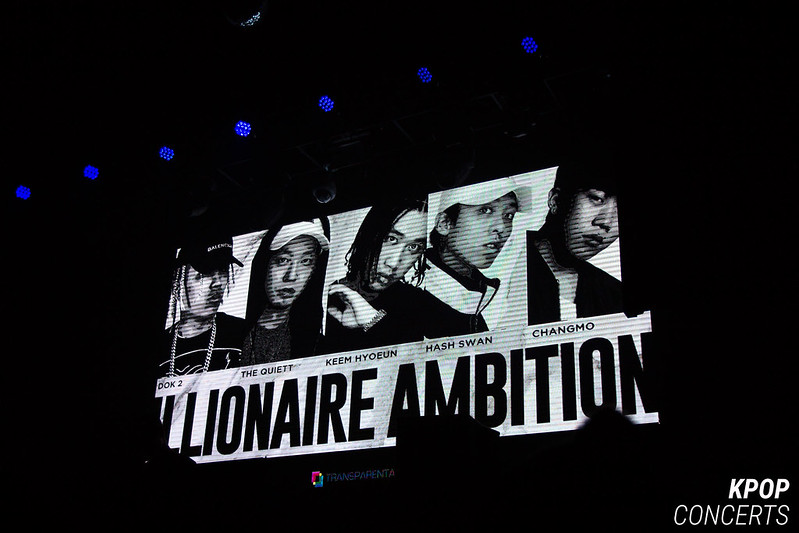