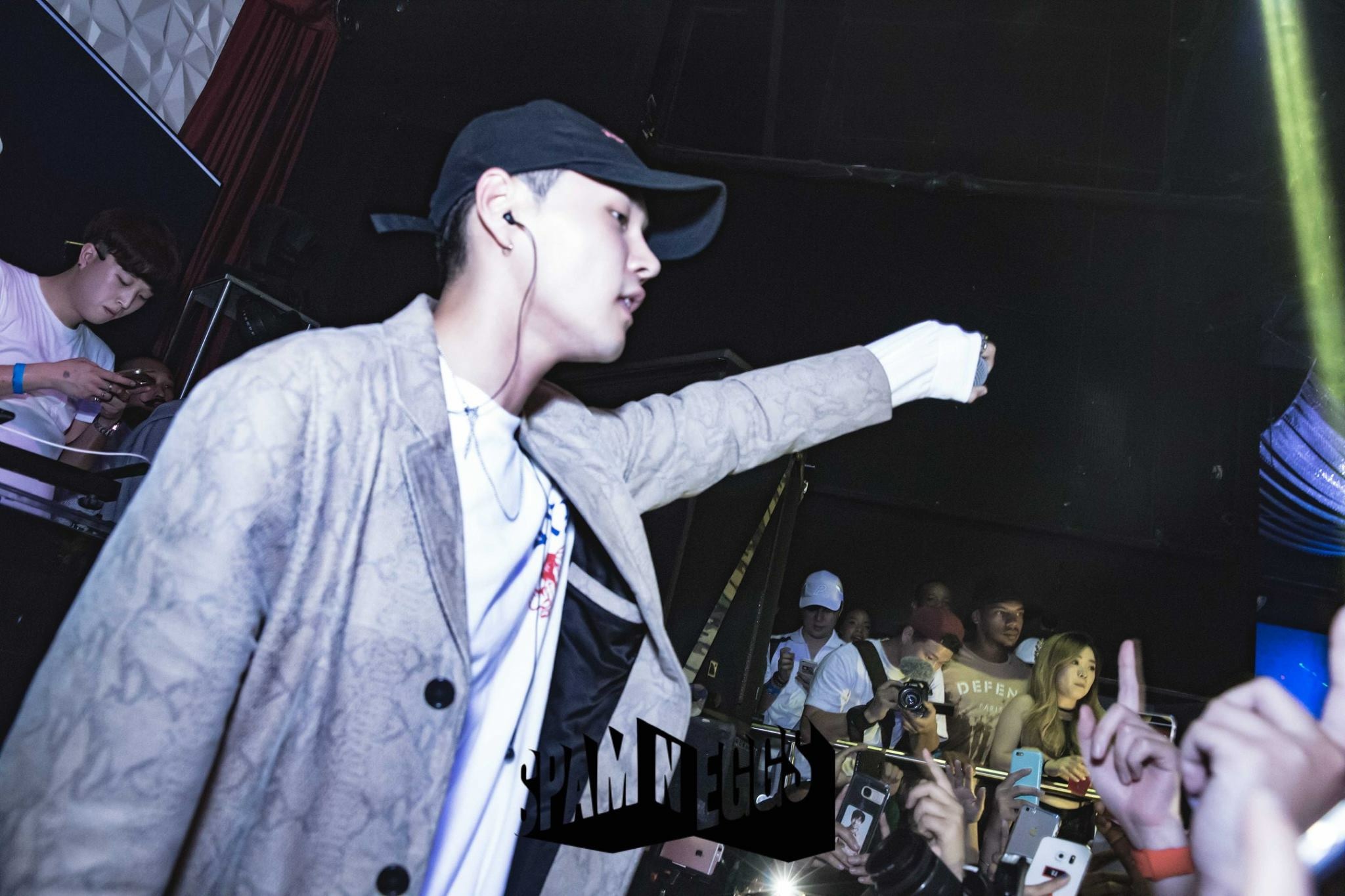 On June 2, 2016, fans were waiting in line hours before opening time outside of Club Bound, formerly known as Club Feria, for well-known Korean R&B artist DEAN. The night was hosted by Spam N Eggs, an entertainment group founded by Far East Movement, Dumbfoundead, and TOKiMONSTA, to bring various global artists one stage closer to their U.S. fans. Tickets had sold out within hours after the release date, leaving only VIP tables for those who still wished to attend.  The rapid ticket sales were the perfect foreshadow to the impending long line of fans that formed hours prior to the show and wrapped around the venue.

Many artists were present throughout the night such as, Mono/Poly, Them Jeans, Soda Pop, and DJ Zo. Also DJing for DEAN’s performance was none other than his Club Eskimo co-artist, DJ Millic.

Prohgress and KevNish from Far East Movement made their presence known as they went onstage to kick off Spam N Eggs. Dumbfoundead came on a little after to introduce himself and make sure this would not be “a typical K-Pop concert.” He wanted the fans to dance along to the DJ’s tracks as they eagerly awaited DEAN’s upcoming performance.

DEAN, also known as Deanfluenza or Deantrbl, highlighted the night with his sweet voice with four of his hit songs. The R&B artist opened the show with one of his English singles, “Put My Hands On You” followed by “Bonnie and Clyde” and “21” from his debut album 130 Mood: TRBL. He closed the night with “I’m Not Sorry,” one of his English tracks that he collaborated on with Grammy award winner, Eric Bellinger. His fans were hanging onto every single note and sang along to every single English line. At one point, the singer was nearly pulled into the crowd by overzealous fans. DEAN displayed excellent showmanship as he quickly recovered and continued on with his song. According to DEAN’s manager’s Instagram post, the overall turnout was a big shock to the artist, “@deantrbl was only supposed to make an appearance but when he saw how many of his fans were waiting he asked for more time so he could sing more songs for you. He loves you! Thank you #LA we will be back very soon.” Thus it goes without saying that the “Deanfluenza” has definitely hit hard in the States and the night left both Dean and his fans with a memorable experience.

Missed out on the show? This will not be the last time the R&B artist will perform in the US He’s slated to perform for this year’s upcoming KCON 2016 LA this July.